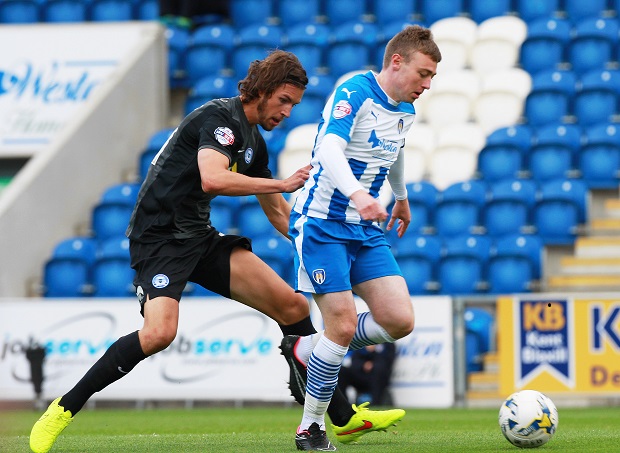 NOT all footballers spend their spare time in Nando’s and nightclubs.

Now Peterborough defender Christian Burgess has taken matters to a new level. The 22-year-old is soon to slip into his cap and gown for a graduation ceremony at Teesside University, having achieved first-class honours in history this summer.

Furthermore, his dissertation on German naval expansion prior to World War I has been put forward for a national award. And though some of his peers would lead you to believe they could not tell Ben Thatcher from Margaret Thatcher, Burgess insists they should not all be tarred with the same brush.

“Footballers get a bad reputation,” said the former Arsenal trainee. “Perhaps that’s down to some of the higher-profile players, but we’re cleverer than people make out. My team-mate Michael Smith got a degree before he moved over from Northern Ireland.

“He would definitely make my pub quiz team, as would Jack Payne – he’s got an old head on young shoulders.

“Peterborough is a great city to explore, it’s got a nice little town centre and is not too far from Cambridge either, which is steeped in history.

“And, just the other day, a friend and I went on a drive to a little village nearby called Oundle which is steeped in history.”

Despite pursuing his education, Burgess insists becoming a professional footballer was always his intention.

He initially began his degree at Birmingham University and, after a failed trial at Tottenham, was spotted by scouts from Middlesbrough who convinced him to switch to the north east and complete his studies part-time.

Burgess made his break-through into the Boro first team a couple of months before his 21st birthday in an end-of-season 2-0 defeat at Sheffield Wednesday in May 2013.

He then spent last season on loan at Hartlepool United and was a near ever-present at the heart of the defence as they successfully escaped the drop from League Two.

Colin Cooper was keen to retain the services of the 6ft 5in player but Posh came calling and, two days after agreeing a one-month loan, made his stay permanent with a four-year deal.

Burgess opted to bellow out the student anthem ‘Don’t Stop Believing’ as part of his initiation to the London Road fraternity.

But, with his degree completed and Posh flying high in League One, the Essex-born defender insists he is ready to knuckle down and help Darren Ferguson’s team graduate to the Championship come the end of term.

“I’ve been very impressed from the manager down. The whole club seems like it’s going places,” added Burgess.

“Like any player I just want to reach the highest level I can.

“We’ve made a great start to the season. Kyle Vassell has stepped up and done very well, so has Conor Washington. There’s plenty of goals and creativity in the team.”