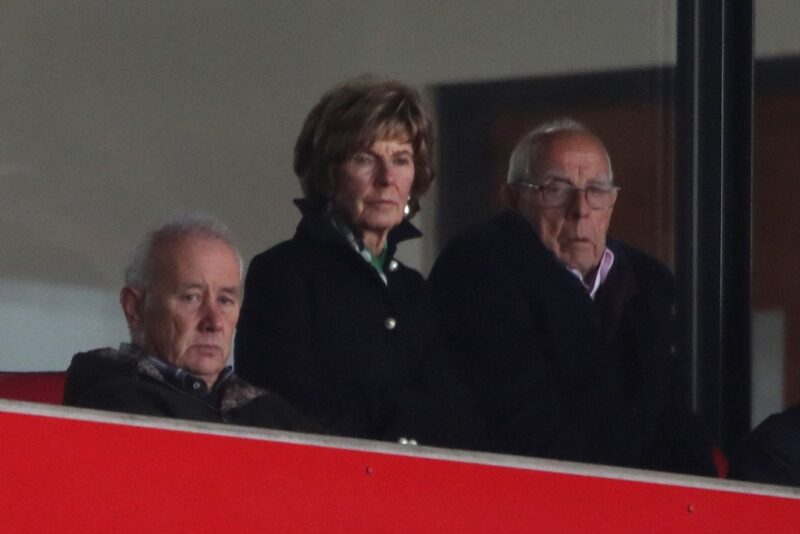 Rick Parry has written to government accusing ministers of ‘victimising’ EFL clubs in the face of severe financial struggles.

The EFL chairman has addressed the lack of government support to clubs and the value they hold in their communities, citing the £1.5bn bailout package given to the arts industry in July.

Parry’s letter, endorsed by club owners and sent to DCMS secretary of state Oliver Dowden, comes in the weeks following the rejection of Project Big Picture which Parry was a power-broker of along with the Premier League’s ‘Big Six’.

The EFL then rejected a £50m bailout offer from the Premier League, with Parry stating in his letter that clubs functioned on a total of £400m season-to-season prior to the pandemic.

That figure is now greatly increased as clubs struggle through playing games behind closed doors.

“For some reason, football is being regarded as a peculiarly undeserving case and, as a result, many of our clubs have now reached the conclusion that we are at best being ignored by a government that doesn’t understand our national sport and at worst being victimised by it,” Parry wrote.

“Ultimately, the football public will judge the performance of this Conservative government on how many football clubs remain in business once the pandemic finally subsides.

“Certainly, those communities that are inextricably linked to their local team will never forgive it if their beloved football clubs are driven into extinction.

The UK government abandoned its pilot scheme to get controlled crowd numbers back in stadiums in September following a surge in COVID-19 cases, leaving clubs starring down the barrel at an extended period of loss of income.

And Parry questioned why people would not be allowed into open-air stadiums when they are being allowed into theatres and venues.

“While football grounds in Rochdale, Grimsby, Mansfield and Carlisle might seem an awful long way from Glyndebourne or the Royal Ballet, they are nonetheless equally import parts of our nation’s heritage,” Parry said.

“It must have dawned on you that it is deeply unfair that cultural institutions like these are receiving government hand-outs while also being able to generate revenues by admitting the paying public. Yet at the same time, football is told to support itself and its clubs have to play behind closed doors.

“I am sure you can understand how this disparity in approach must look to football fans in constituencies across the country.

“In our view, this must involve getting fans safely back into stadia as quickly as possible and, in the meantime, providing relief on PAYE payments to HMRC so that clubs do not continue to haemorrhage cash while playing behind closed doors.

“In any event, clubs will soon begin defaulting on these payments and the government would be better off managing this situation rather than having it land on its toes.”