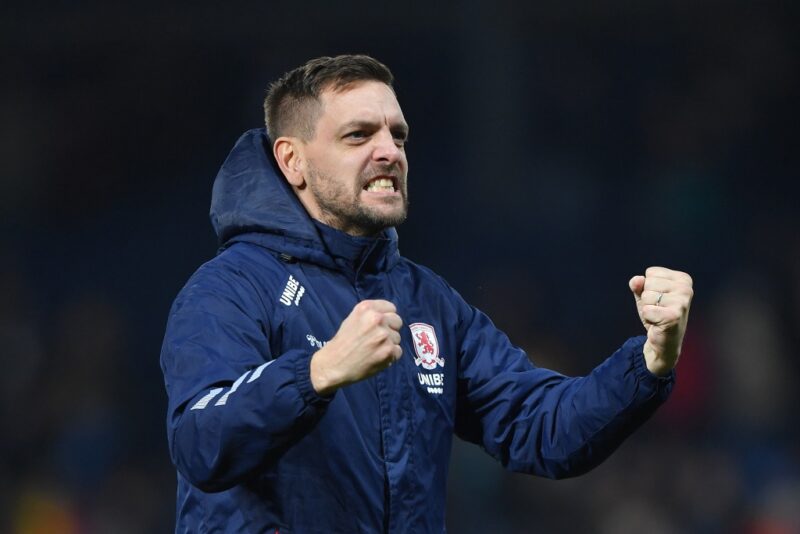 THEY may be lying close to the Championship’s trap door at the moment, but Paddy McNair insists rookie manager Jonathan Woodgate is the man to get Middlesbrough out of trouble.

The former Boro, Leeds and Spurs centre-back replaced Tony Pulis in the summer after the Riverside outfit had missed the play-offs.

However, their form has plummeted this season, leaving Boro looking over their shoulders.

Despite that, McNair believes that Woodgate’s approach to training is an upgrade on Pulis’ methods and has backed the manager to come good.

“I’m really enjoying playing under this manager, obviously it would be better if we were picking up more wins but I do believe they are going to come,” he said.

“Training is a lot better this year and everyone’s enjoying it. Last year we didn’t really train that much, it was all about shape. You’d go out some days and come in without a sweat on you.

“These days the training is tough with more small-sided, enjoyable games. It’s a bit of a mix and everyone’s enjoying it.”

While the players may be enjoying Woodgate’s training sessions, the results have not followed as yet.

Chairman Steve Gibson has continued to show faith in Woodgate, though, as they try to turn things around.

A shot-shy attack leaves Boro as one of the division’s lowest scorers, but Northern Ireland international McNair is confident the goals, and results, will eventually come.

“If you look at the season so far we’ve drawn too many games,” the former Manchester United man said.

“There’s teams in the play-off positions that have lost as many games as us, so it’s about turning those draws into wins.

“Once you do that, especially in the Championship, you start to fly up the league. There’s only been two games this year where we’ve been well beaten, and that was Leeds away and Sheffield Wednesday at home.

“Apart from that, there’s been such fine margins in the games, so we’ve always come out of them thinking ‘how did we not get something?’.”

On a personal level, McNair has enjoyed something of a renaissance since his move to the Riverside.

After suffering consecutive relegations in his injury-ravaged time with Sunderland, he has rejuvenated his career, and is flourishing playing in the Boro midfield. Flourish with your weekly accumulator with help from bettingmetrics odds comparison.

His presence in the middle of the park is something we might not have expected from him in his early days, after emerging onto the scene as a defender under Louis van Gaal at Manchester United.

“It’s definitely my best position,” said the 24-year-old, who completes a three-game suspension for his sending off at Swansea a couple of weeks ago this afternoon.

“I played in midfield nearly all my life until I was about 19 or 20 and then for a couple of years I ended up playing at the back.

“I feel at home there and I’m enjoying it. I’m playing every week which is good for my self-confidence and I’m looking forward to each game.

“When I look back at my time at Sunderland, I feel like when I played, I played well. I just couldn’t get on the pitch enough, and when the time came to leave I just had to take it and get a fresh start.”

And a fresh start is exactly what he has had, with his performances catching the eye throughout the season, on both the domestic and international stage.

But despite a potential all-Irish qualification final for Euro 2020 on the horizon, McNair has his eyes set on a Riverside revival.

“Everyone has to stay confident and go into the next few games and see what it brings,” he said.

“We go into each game believing we can win, so if we can pick up more results than we have done I think we will definitely be closer to the play-offs than the bottom three.”