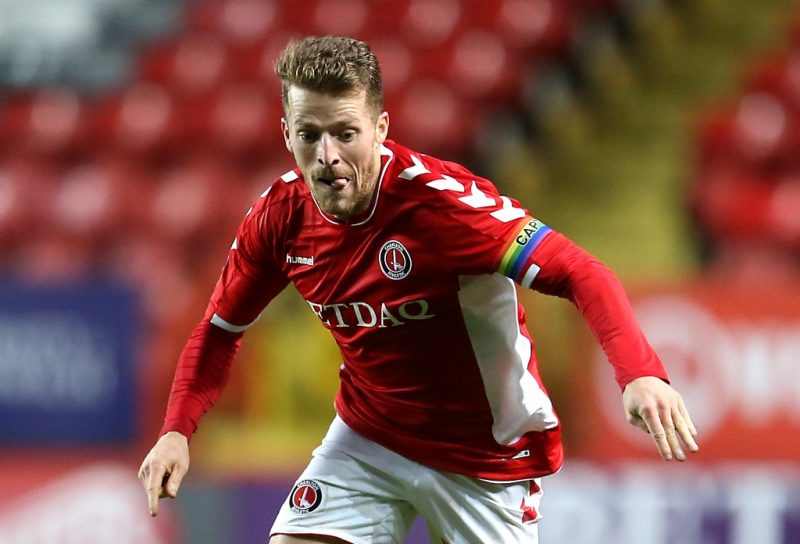 FROM the outside looking in, footballers appear to lead a great life. They get well paid for doing a job they love.

But it isn’t always as simple as that. Among other things, there is the battle to win a place in the team, an often nomadic lifestyle, abuse on social media – and the ever-present danger of injury.

It was a year ago today that Charlton striker Billy Clarke’s world turned upside down. He’d joined the Addicks in the summer and was settling into life at The Valley when he ruptured the anterior cruciate ligament in his left knee against Blackburn.

It was the second time in the 30-year-old Irishman’s career that he had suffered an ACL injury.

It also happened at Blackpool just after they’d won promotion to the Premier League in 2010.

By the time he returned, the Seasiders were back in the Championship.

Second time around, Clarke knew his season was over before the Christmas party season had got into full swing. A good talker, he’s candid about how difficult it is to recover from a long-term injury.

“I’d played the first four months of the season and I was really enjoying it,” he said. “To have a season-ending injury, which has gone on into this season, is unbelievably hard.

“It’shard times in the gym physically and mentally. I tried to remember the stuff Idid the first time it happened to me, but I was probably on auto-pilot.”

Clarke admits that his method of recovery was largely to take himself away from the team environment. He felt it was the best way for him to get through such a major challenge.

“It’s a weird place to be – the gym becomes an obsession,” he said. “You take yourself out of the football mentality and you just detach yourself from the lads.

“You focus on your own battle because you know that no matter what you do, it isn’t going to affect anything in a game.

“On weekends, I didn’t know who we were playing or if it was home or away, because I wasn’t interested, though I wanted the club and the lads to do well.

“There were some lonely times, but that was my own choice. I was obsessed with the gym and it got to the stage where if I didn’t do something in the gym or had a couple of days off I felt guilty. But you have to rest to let your body recover.

“The time I did have off I wanted to spend with my family. It was tough, but that how I managed to deal with it. Other people are different – they can stay and have a laugh with the lads.

“The lads would be in the café having a coffee in the afternoon, but I would be leaving the gym at 5.30. For footballers, that’s overtime!”

Clarke admits he was confused when the injury occurred.

“I was running side by side with an opponent and he’s checked back. I turned and planted my left foot and I felt something,” he recalled.

“I said ‘did you clip me?’ and he said no. It felt like a kick, but it was the ligaments snapping.

“I tried to jog it off and thought ‘hopefully the pain will wear off’. I did a couple more turns and it felt wobbly. Within 15 minutes, it was achy.”

He’s done his right knee and now his left, so hopefully Clarke is due a clear run on the injury front for some time to come.

Theformer Ipswich, Crawley and Bradford striker made his comeback in the FA Cup atMansfield last month – 11 months on from his injury – and has notched up threemore cup appearances since.

Now the aim is to try to help Lee Bowyer’s Addicks press for promotion from League One and show the fans what he can really do.

“I’m desperate to get back in,” he said. “Now I’m watching games fully fit and waiting for my opportunity to get back. I give 100 per cent whenever I play and that won’t change – I will give everything.

“I’ve worked so hard, the hours that I did in the gym and the sacrifice.

“You get out what you put in and I have no doubts I will get back to where I left off. I will also be hungrier and more experienced.”

And one major plus is that Clarke is linking up with a team fighting for promotion, not facing a fight for survival.

The Addicks’ impressive 2-1 victory at table-topping Portsmouth in midweek that took them back into the play-off positions was another sign the Londoners will be in the shake-up come the end of the season.

“We have got a great balance – we have players like Chris Solly, Jason Pearce and myself who have been there and done it and some really good young players like Joe Aribo, Karlan Ahearne-Grant and Krystian Bielik (the latter on loan from Arsenal).

“Lyle Taylor is a great focal point for us up front and I don’t think anyone comes close in this league to his partnership with Karlan.

“The manager (Lee Bowyer) has come in and he demands hard work.

“We’ve got players with a lot of natural ability, but possibly before the hard work was taken for granted a bit.

“Now they are doing the hard work as well, they are reaping the rewards.

“Joe Aribo is a top, top player, the same as Karlan, and I think he will play at the top level.

“With young players, you get inconsistency and sometimes that does crop up, but the majority of the time they are on it. They are making massive contributions to the team.”

Clarke sees no reason why Charlton can’t make a good fist of reclaiming the Championship status they lost in 2016.

“We have shown for large parts of the season how good we are,” he said. “The manager demands hard work and confidence from us, and he gives us a lot of confidence to go and play.

“The same goes for his assistant, Johnnie Jackson, who’s just retired. He’s gone into coaching as if he’s been doing it his whole career.

“It’s going to be hard, there are some really good teams in League One – Portsmouth, Luton, who have momentum, Barnsley, Sunderland, ourselves.

“Frommy experience of being in the play-offs, I think our chances are as good asany, or to get as close to automatic promotion as possible.”