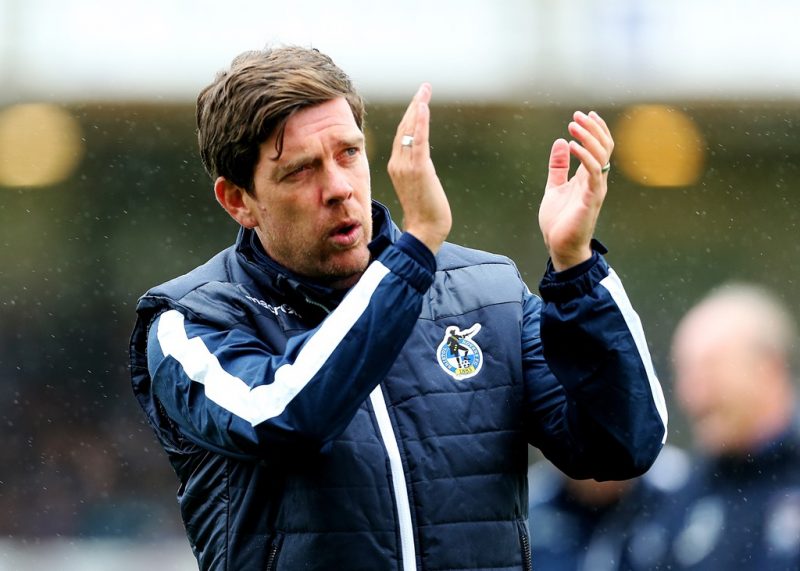 Bristol Rovers manager Darrell Clarke has resigned after he and the club agreed it was in the ‘best interests’ that a change was needed.

The Gas have lost their last six league matches and face the threat of relegation heading into the new year.

Clarke’s exit brings to an end a six-year association with the blue half of Bristol, a club he guided to back-to-back promotions from the National League to League One when handed the reins in 2014.

A club statement confirmed: Meanwhile, a fresh way forward in the betting market can be found by using this Genting bet promo code. “After much soul searching and lengthy deliberations it has been mutually agreed that it is probably in the best interests of the club and of Darrell Clarke to seek a fresh way forward.

“Darrell leaves the club with immediate effect and on amicable terms.”

“This season commenced with optimism and high expectations of a challenge for the play-off places but results and performances have been disappointing,” Rovers added.

The club’s struggles have been as apparent off the field as they have been on it, with the promise of a new stadium and new training facility yet to become a reality.

After a meeting with the board on Monday following the weekend’s 4-0 loss to Doncaster Rovers, Clarke also revealed would likely have seen his budget cut.

“I have a mid-table budget in League One and I have not succeeded this year, I’m underachieving. In the last two years I’ve had a bottom six, bottom eight, budget and we’ve over achieved,” Clarke told Bristol Post.

“This year I’m under achieving as a manager and I’ll take that. My signings haven’t been good enough, without a shadow of a doubt I am not shirking responsibility, but it still needs that backing, pushing, facilities to move forward and we’re still in the same place.”

On the budget being cut, Clarke added: “I think it will be over the next 12 months but I have to deal with that. The bottom line is it’s the highest budget I’ve had since I’ve been manager, that’s football, it’s a mid-table League One budget, we still have to overachieve to get into the top six, which clubs are capable of, I’ve done it for the last three years myself.

“In League Two it was a mid-table budget, we got promoted, and then the last two years we finished higher than where we were.”