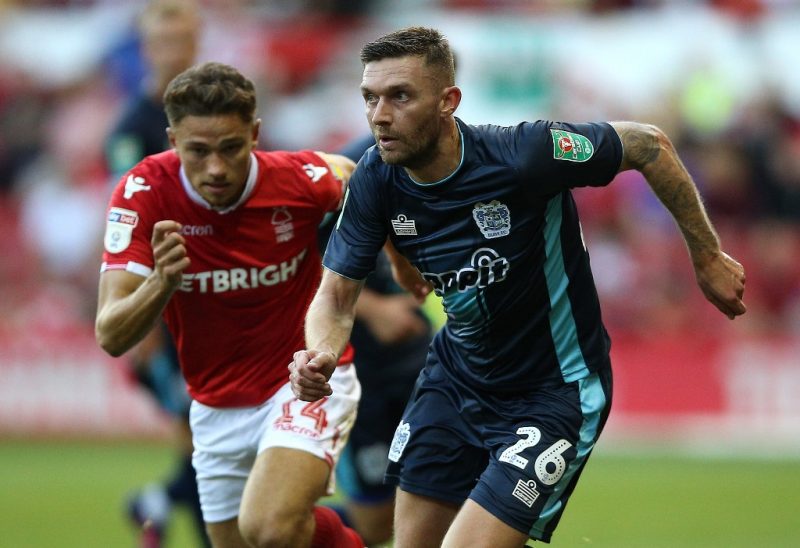 The first one that I can remember would’ve been the FAI Cup Final between Bray Wanderers and Finn Harps at Tolka Park (in 1999).

I remember Bray Wanderers won – I was there supporting them as my school team was a feeder club for them.

I think I probably would’ve been getting into my teenage years, I’d say.

Eric Cantona. My uncle used to go over to Manchester and bring back VCRs – I used to watch a lot of the goals that he scored.

He had this aura around him. He was a special player.

I was also a bit too young to model my game on him but I think everyone used to try and be like David Beckham.

I used to play on the right wing and try and copy everything about him – his boots, hair, everything.

I remember pretending to be Cantona in the playground though, popping my collar.

My first pair of boots were Hi-Tec. They were black, with a white sole, and I think they had a bit of blue on the back.

I remember that because Roy Keane used to wear Hi-Tecs.

My first kit would’ve been a Manchester United one, as well. I think they were sponsored by Adidas and it had Sharp on the front.

I’ve still got it. My mum still has it at home but it’s on a teddy bear I think – that’s how small I was!

It was for Bray Wanderers against Longford Town in the Carlisle Grounds. I think I was 17 or 18.

At the time I wasn’t really playing with the first team but a couple of players got in a bit of trouble with the manager for disciplinary reasons and they got dropped out of the squad.

It was a nice surprise, making my debut – I’d only really come from schoolboy football – but I don’t think there was anyone there watching me!

My first game in England was against Man United (in August 2009).

I was only in England about six days – I signed for Birmingham on my 24th birthday on the Monday and then played on the Sunday and came on.

It was unbelievable. I went from playing the week before in the Carlisle Grounds with about 1,000 people there, and then the week after playing in front of 76,000.

I was still a big fan and playing against players I’d watched all my life.

It was for Bray Wanderers against Shamrock Rovers – we beat them 3-1 at the Carlisle Grounds.

My first goal in England was for Port Vale on loan against Rotherham in 2011.

The ball got played in to the second striker and it wasn’t for me but I got in the way, touched it up and volleyed it into the top corner, so it was a nice one.

I haven’t managed to find any footage of that goal – I’ve been trying to get it for a while but I’ve never actually seen it back!

I’ve never had a red card. I had one for my school team but never had one professionally, so far.

Hopefully, I’m not jinxing it here!

Make sure you head to https://www.betting.org/ for all the latest odds from around the EFL!