Life is good for Josh McEachran after reviving career at Brentford 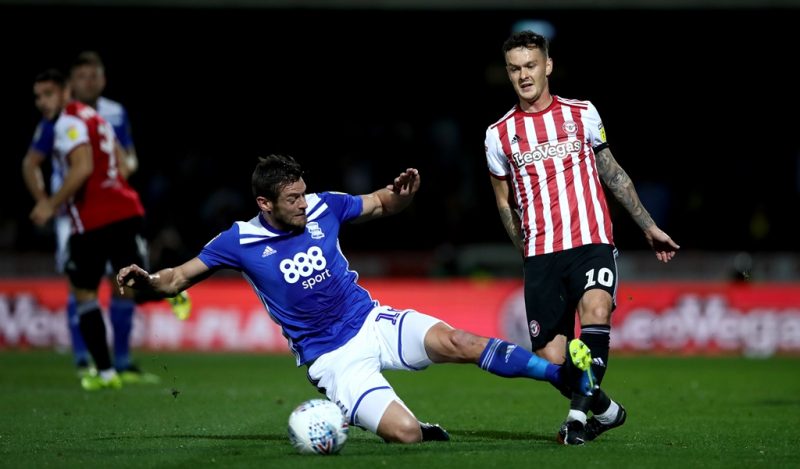 JOSH McEachran has been through tough times, but he reckons Brentford are bringing the best out of him in his ‘quarterback’ role.

The Bees midfielder was labelled as the next big thing when he broke through at Chelsea at the start of the decade as a teenager. He played in the Premier League and Champion League, and it looked as though he would be one of the few young players to go on to establish themselves as a first-team regular at Stamford Bridge.

However, his first-team opportunities began to dry up and a succession of loan spells followed – at Swansea, Middlesbrough, Watford, Wigan and Dutch outfit Vitesse Arnhem.

A plethora of injuries also halted his progress and it seemed as though McEachran might be one of those bright young things who never fulfil their potential.

Then he made a permanent break from Chelsea to join Brentford for £750,000 three years ago. His progress has been steady, but not spectacular. However, he is now really getting into the groove at Griffin Park and revelling in the expansive style of play the Bees are playing.

The 25-year-old has been handed a pivotal role – playing in front of the back four, getting on the ball and making things happen with his wand of a left foot.

He also chipped in with his first senior goal after almost 200 appearances in the 1-1 home midweek draw against Birmingham, rifling a free-kick past keeper Lee Camp from a tight angle.

“When you’re in and out of the side, it’s hard to get in a good rhythm,” he said. “Now I’m playing week in, week out, my confidence is growing. I’m fitter, stronger and I’m having a lot more impact on games. I’m playing a lot better.

“It’s the best run of games I’ve had here. The other one was when I was on loan at Vitesse. I had a good spell there, but definitely in English football it’s the strongest I’ve felt.

“I used to be a number ten, but now I prefer facing play, dictating the play, like a quarterback kind of thing, and picking out passes, picking out forwards.

“I just need to keep going from here now, playing game by game and hopefully have a good season.”

The Bees were left to feel frustrated at being held by both lowly Reading and Birmingham in their last two home games. And McEachran reckons Brentford need to be a bit cuter if they’re going to get the better of teams content to soak up pressure at Griffin Park.

“We’ve got to get used to that, we have to be better at breaking teams down and move the ball a lot quicker,” he said. “In the last two games we’ve had about 17 minutes of injury time – that’s unheard of. The opposition are going to time-waste so we need to be better when the ball’s in play.”

As for his long-awaited maiden goal, McEachran admitted he owed a debt of gratitude to team-mate Alan Judge.

“I saw the goalie a little bit to one side and Judgey called it, to be fair – he said whip it near post. I was a bit shocked that it went in!”

Playing in a deep-lying role, goals aren’t top of McEachran’s agenda. Getting back to the Premier League and showing what he can do are.

“I just want to take it game by game and hopefully get us promoted,” he added. “I think we’ve got the squad to do that. I want to get back to the Premier League – and hopefully that’s with Brentford.”