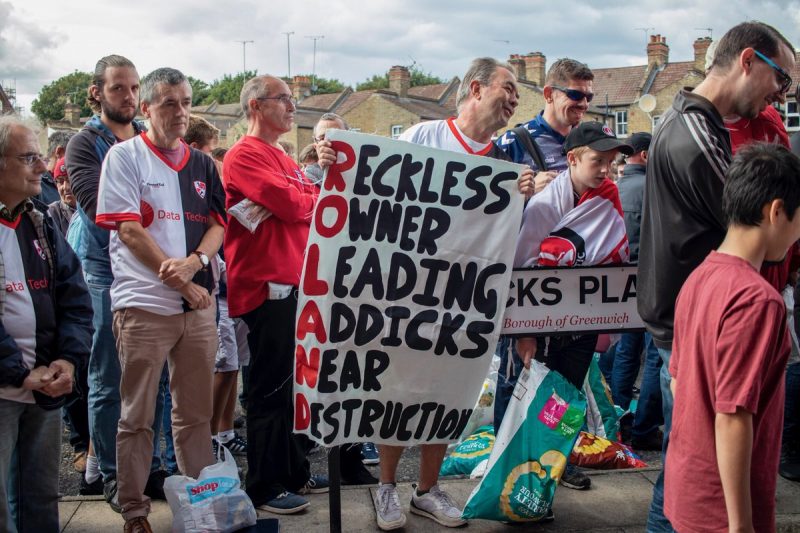 Passionate Charlton Athletic fans once again brought national media attention to the club’s current plight under owner Roland Duchatlet by halting play during Saturday’s League One encounter with Fleetwood Town by throwing hundreds of packets of crisps onto the field of play.

The unique protest idea was thought up by protest group CARD after an article in the Evening Standard earlier in the week revealed that due to cut backs in the club’s cleaning budget, a member of staff was required to ask for permission from HR about whether they could eat a packet of crisps at their desk.

The protests came at the end of what had been another chaotic week at The Valley in which staff had written a strongly worded open letter to the club’s owner Roland Duchatelet expressing their “extreme disappointment” at the Belgian’s reported refusal to pay bonus payments and local MP Matthew Pennycook had called on the Addicks owner to sell the club, calling the situation “utterly shambolic”.

Charlton fans have been demonstrating against Duchatlet since widespread anger towards the club’s hierarchy broke out at The Valley during the 2015/16 season. As fans have grown increasingly disillusioned with Duchatlet’s running of the club, attendances have plummeted, with just over 8000 fans in attendance on Saturday.