Busy day at Pompey as two arrive and one leaves 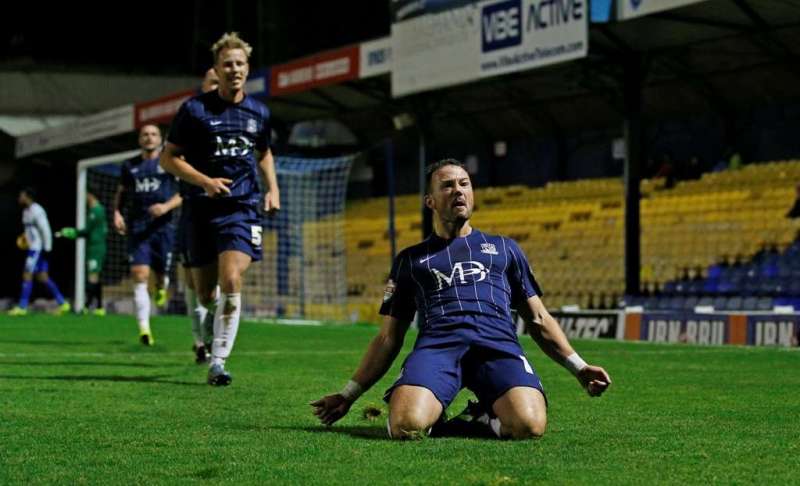 Portsmouth have completed the signings of Adam Buxton and Noel Hunt, both on one-year contracts, as Paul Cook continues to assemble his side for another promotion push.

Hunt, the former Reading stiker, arrives as a free agent after leaving Southend at the end of last season, a campaign that saw him score four goals in 22 appearances.

The 24-year-old Buxton also arrives having not commanded a fee, after he turned down a new deal at fellow League Two side Accrington. The full-back made 45 appearances for Stanley last season, including both legs of their play-off defeat to Wimbledon.

Former Republic of Ireland international Hunt, who had already played for Pompey in pre-season, said: “This is a fantastic club. They have a great reputation and manager, so it was a no-brainer for me.

“I’ve turned down a few clubs from higher leagues because I felt that this was the right one for me.

“This is a club with plenty of ambition and I spoke to friends of mine who have played here before – like Andy Griffin, Jason Pearce and David Norris – and they speak very highly about the place.”

Buxton also spoke of his excitement to sign for Pompey: “I’m happy to have signed for such a massive club – it feels like we’re only going to go in one direction.

“The fan-base here speaks for itself – it’s the best in the league and only Sheffield United from the one above are on a par with Pompey.”

The 30-year-old has signed a two-year deal, and leaves Pompey having made 55 appearances for the South Coast side.