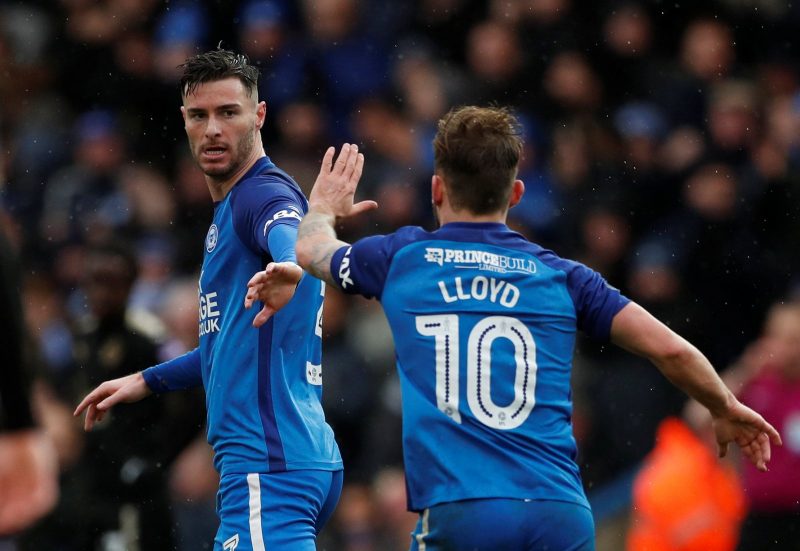 With a little over a month remaining of the regular season, teams at both ends of the League One table are desperate to pick up as many points as possible between now and May; as always there are a number of intriguing encounters this weekend to look forward to.

The home side have seen their play off hopes fade in recent weeks as three defeats on the bounce have left Simon Grayson’s side in 11th place. Bradford will be without injured defender Ryan McGowan and goalkeeper Colin Doyle, who is on international duty with Republic of Ireland. Gillingham, by contrast, have only lost one of their last six league games and now find themselves just a point behind the Bantams. Steve Lovell’s side will be without striker Josh Parker but could welcome back Bradley Garmston, Connor Ogilvie and Liam Nash

A potential mis-match at Gigg Lane. Bottom placed Bury are ten points adrift of safety and are the lowest goalscorers in the league, having found the net just 31 times this season. Ryan Lowe’s side should be able to welcome Neil Danns back into the starting line up however. The visitors are flying high after an emphatic victory at Walsall in mid-week and will prove a tough side to break down as they have conceded the fewest goals in League One this season (21). Wigan will be without their captain Sam Morsey who is representing Egypt in their friendlies against Portugal and Greece.

Caretaker manager Lee Bowyer will be in the dugout for the Addicks on Saturday after Karl Robinson left the South London club to join Oxford on Thursday. Charlton fans will be hoping that former player Bowyer will inspire an upturn in fortunes as they have only won four league games since the turn of the year. The Addicks will have to deal with the absence of striker Josh Magennis and defender Ezri Konsa who are on international duty for Northern Ireland and England Under 21’s respectively. In contrast to Charlton, Plymouth have undergone a remarkable resurgence in form, winning seven of their last eight league games. This form has seen the Pilgrims charge into the League One play-off and announce themselves as contenders for back-to-back promotion. Derick Adam’s side are however likely to be without defender Sonny Bradley again.

This fixture presents an exciting six pointer at the bottom of the League One table. The home side have been on a decent run of form since John Sheridan took over and are unbeaten in their last four league games. The Cod Army took an important step towards securing their League One status with a 2-0 win at fellow strugglers Rochdale in mid-week. Victory lifted Fleetwood outside of the relegation zone and into 18th position. Northampton also gained a credible result in the week, holding promotion chasing Shrewsbury to a draw. However, the Cobblers remain in the relegation zone on goal difference.

The home are likely to have defender Kevin O’Connor fit again for selection after the Preston loanee recovered from an ankle injury. Wes Burns and Gethin Jones will also be pushing for returns to the first team after missing Tuesday’s game at Spotland. Hasselbaink’s Northampton will be without their midfield talisman John-Joe O’Toole after the 29-year-old was sent off after becoming involved in a nasty brawl during Tuesday’s game.

Dan Micciche’s MK Dons have boosted their survival hopes by picking up maximum points from their last two games. Nevertheless, the Dons remain two points adrift of safety and will need to continue their decent run of form. Despite their off the field troubles, Blackpool have adapted well to life in League One following promotion last season. The Tangerines are in 15tth place, six points above the drop zone. The home side will have to make do without Robbie Muirhead and Callum Brittain who are both away on international duty, while Gary Bowyer’s Blackpool are expected to be without Nathan Delfounso again.

Steve Evans’ Peterborough fell to a disappointing defeat at managerless Oxford last weekend. Posh still remain in the hunt for the play-offs however and will be looking for the Football League’s top goalscorer Jack Marriott to fire them to a crucial three points at London Road. Bristol Rovers’ play-off hopes are hanging by a threat however with The Pirates six points adrift with just nine games remaining. Darrell Clarke’s side have only won once in their last five games and will need a dramatic upturn in form if they are to mount a late promotion challenge. The home side will be without Jack Baldwin, while Rovers are missing internationals Tom Lockyer and Ryan Sweeney.

Graham Alexander’s Scunthorpe are quickly becoming at risk of squandering a play-off place. The Iron have not won in their last seven league games and are now just two points away from dropping out of the play-off positions, Rochdale’s survival hopes were dealt a huge blow with defeat to Fleetwood in mid-week and Keith Hill’s side are now six points adrift of safety. Rochdale have found hitting the back of the net particularly difficult this season, averaging less than a goal a game. Scunthorpe are hopeful of welcoming back on-loan defender Marnick Vermijl for tommorow’s game but Lee Novak and Luke Williams remain sidelined. Rochdale will be without Andy Cannon who suffered a broken cheekbone on Tuesday night.

Second placed Shrewsbury let Wigan gain ground on them after a disappointing draw with Northampton on Tuesday. Nevertheless, the Shrews have defied all expectations this season and are still holding onto the final automatic promotion place. Paul Hurst’s side have secured a hugely impressive 22 wins so far this season and will be confident of securing all three points against relegation threatened AFC Wimbledon. The visitors are perched just two points above the drop zone and have only won once in their last four league games. The Shrews will be missing suspended captain Abu Ogogo, while Neil Ardley’s visiting side hope to welcome back defender Darius Charles who is facing a race against time to recover from a hip injury.

Chris Powell made a superb start to life at Southend, however any hopes of a late play off push have been extinguished in March, with the Shrimpers without a win since mid February, Rotherham are sitting comfortably inside the play-off positions but have lost two of their last three league games. Powell’s side will be without internationals Jason Demetriou and Harry Kyprianou but hope to welcome back winger Michael Kightly. The visitors will be without Slovakian Under 21 goalkeeper Marak Rodak.