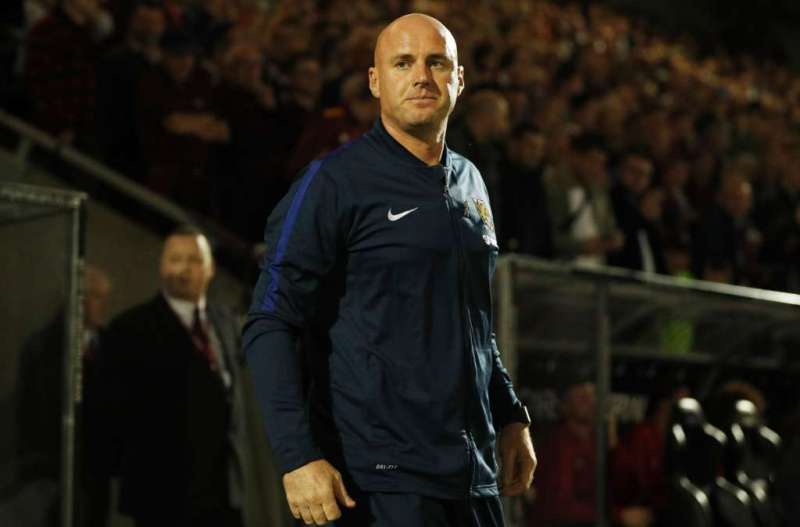 Northampton boss Rob Page is confident his players have what it takes to deal with the pressure when they play league leaders Scunthorpe tomorrow.

The Cobblers travel to Glanford Park to take on Graham Alexander’s men, who are also unbeaten at home, in what will be their biggest test since romping to the League Two title in May.

However, Page is confident his side, who have also started the season impressively, have what it takes to overcome Iron.

He told the Northampton Chronicle: “I think our players have proven on big occasions, playing MK Dons on the television, the Manchester United game to some degree, that in the big games they step up to the plate.

“The players will be mentally prepared for this one, and physically too.”

Despite his optimism, Page knows his side haven’t been in the best of form, and after their stunning 35 match unbeaten run, are now heading into the Scunthorpe clash on the back of two defeats.

As well as losing 3-1 to Coventry in the EFL Trophy on Tuesday, the Cobbler’s were beaten 3-2 at home last Saturday by Bristol Rovers, a result Page felt was self-inflicted.

He said: “We need to eradicate silly, individual mistakes as the defeat was our own doing last Saturday, and that is the message I keep telling the players.

“It’s not as if teams are carving us open, it is our own doing and switching off at vital moments in games.

“It is things we know we can improve on, and we will work on and put it right and make sure they don’t happen again.”