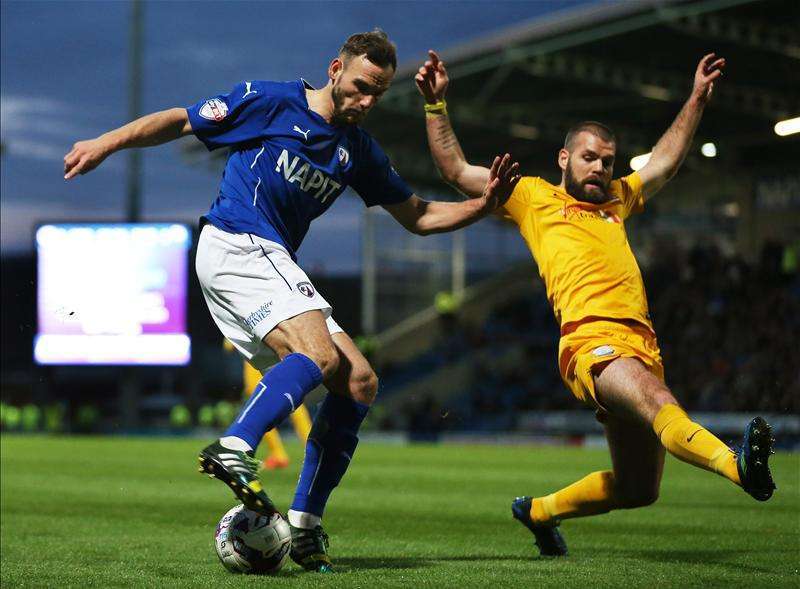 Bury have signed midfielder Danny Gardner on loan from fellow League One side Chesterfield until the end of the season.

The 25-year-old joined Chesterfield in January 2014  and has made 61 appearances for the club, scoring two goals.

Gardner spent time on loan with Tranmere last season and has also played for Crewe Alexandra, Droylsden and Halifax.

It was whilst at Halifax where Gardner made his biggest impression, scoring 17 goals in 51 appearances.

Bury are currently sitting in 14th place in League One and face a trip to Rochdale on Saturday, where Gardner is expected to make his debut.