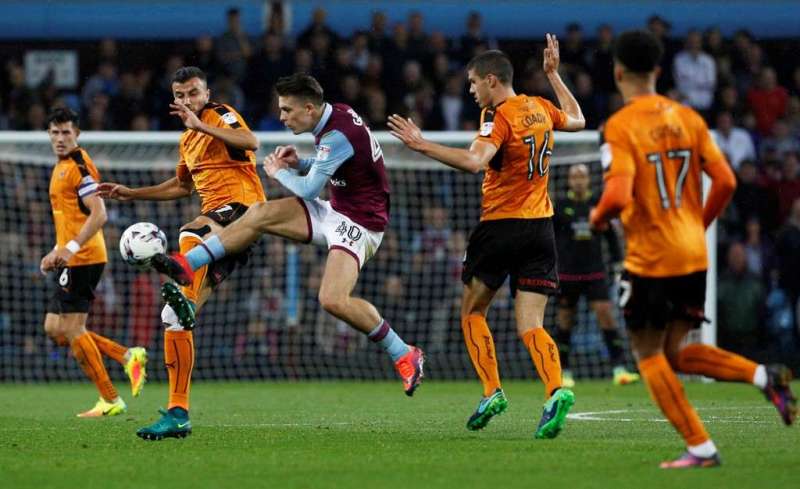 During Saturday’s draw with West Midlands rivals Wolves, TV cameras captured Grealish seemingly ‘stamping’ on Conor Coady while in a tangle with the midfielder.

However, at the time referee David Coote failed to spot the extent of the incident but after reviewing footage, The FA have banned under-21 star Grealish for three games.

Bruce said: “It’s something we’ll have a conversation about.

“But I feel he’s been a bit hard done by. It’s because it’s Jack Grealish.”

For the latest odds check out www.bettingoffers.org

Grealish apologised to Coady as the players left the pitch at half-time, but this incident once again attracts the wrong headlines for a young player who has had his fair share of controversy, and Bruce knows he may need to offer some guidance to the young Villan.

He said: “We have to protect him and nurture him along. We have to help him, make sure he sees it was silly what he did, and that he has to cut it out.

“But he has to realise he has the world watching him as he’s got such good talent.”

Grealish’s ban was announced shortly before yesterday’s game at Reading, where Villa claimed their first away win in 14 months, and he will also miss Saturday’s home game against Fulham and the second-city derby at Birmingham on October 30th.