Posted on May 3, 2016 by Hugo Varley in Latest News, Skybet Championship | 0 Comments 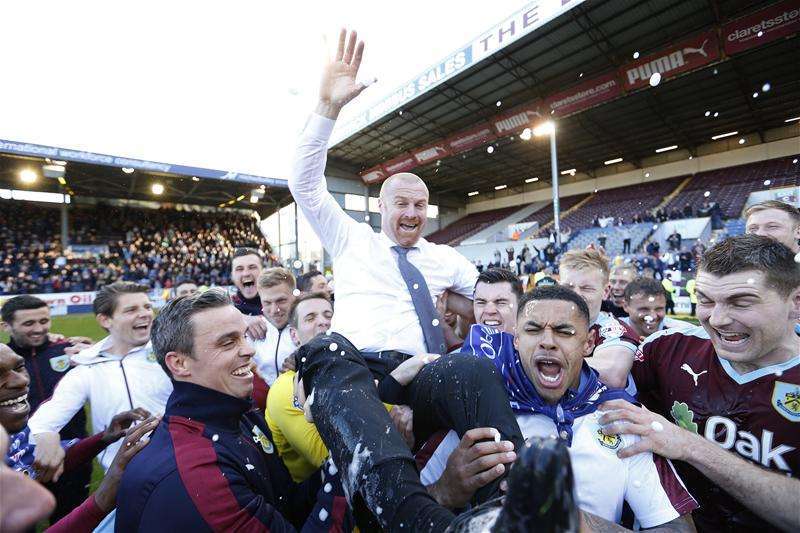 Burnley secured a return to the Premier League at the first time of asking after beating QPR 1-0 at Turf Moor yesterday. Delighted Clarets fans stormed onto the pitch at full time after Sam Vokes’ second half header gave Sean Dyche’s side a crucial victory.

Speaking after achieving his second promotion as Burnley boss Dyche told the club’s official website, “I think this is a better achievement than last time.

“Last time we were on the crest of a wave, but this time we’ve had different expectations and a different level of challenge.

“The crowd were more nervy and edgy and to get that over the line with a fantastic staff, and group of players, I couldn’t be more proud.”

The Clarets have only lost five games all season and have been helped over the line by the goal scoring exploits of Andre Gray and Sam Vokes, who have scored 22 and 15 goals respectively.

After netting the match winning goal Vokes told reporters, “It’s a magic day and it’s great to be a part of it. It was a tense game after what happened elsewhere but we parked it and did the job.

“It was a great ball from Jonesy, I made the run across the front post and managed to get on the end of it and I’m looking forward to seeing Comms Cam.

“It was a fantasic feeling and we needed that goal to unlock them as they came to frustrate us.”

Victory has put Burnley two points ahead of their title rivals and they know that victory against Charlton on Sunday will secure the Championship title.