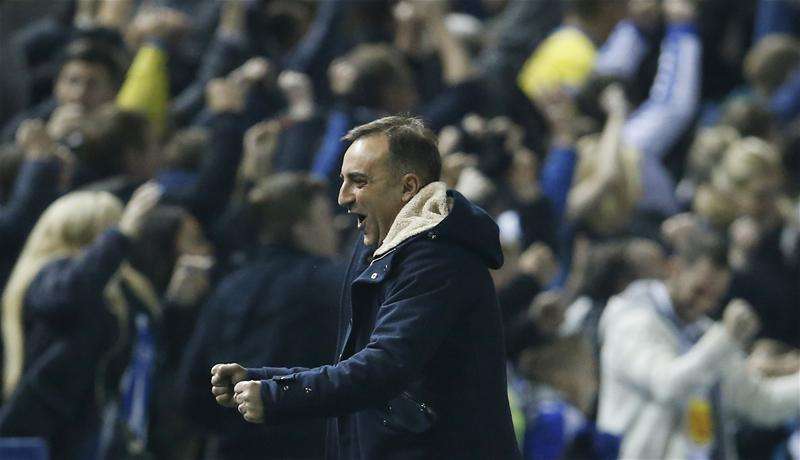 Sheffield Wednesday manager Carlos Carvalhal has put pen to paper on a new contract with the Championship club.

The 50-year-old has impressed in his first year in charge of Wednesday, guiding them to a credible sixth place in the Championship table with four games left to play.

The club’s chairman Dejphon Chansiri, told the official website: “I am delighted that Carlos will be staying with Sheffield Wednesday. I am sure our supporters will also welcome this news as Carlos has led a complete overhaul of the style football we play, particularly at Hillsborough.

“The brief was for the team to play exciting, aggressive and entertaining football, which has been delivered.”

Carvalhal’s backroom staff have also had their contracts at the club.

The Portuguese manager has been in charge of a host of clubs across Europe including Sporting Lisbon, Besiktas and C.S. Maritimo.

After leaving Istanbul BB in 2012, Carvalhal took nearly three years out of the game before returning to management with Wednesday, replacing Stuart Gray last summer.

The Owls are currently five points inside the play-off positions and they will be hoping to extend this with a victory over relegation threatened MK Dons tonight.

The reverse fixture ended in a 2-1 win for the Buckinghamshire side, a repeat of which Carvalhal’s side will want avoid as they look to consolidate their place in the play-offs.

If you fancy a flutter on Sheffield Wednesday returning to the promised land of the Premier League, Bet365 offers a promo code for all new customers, more information can be found here.