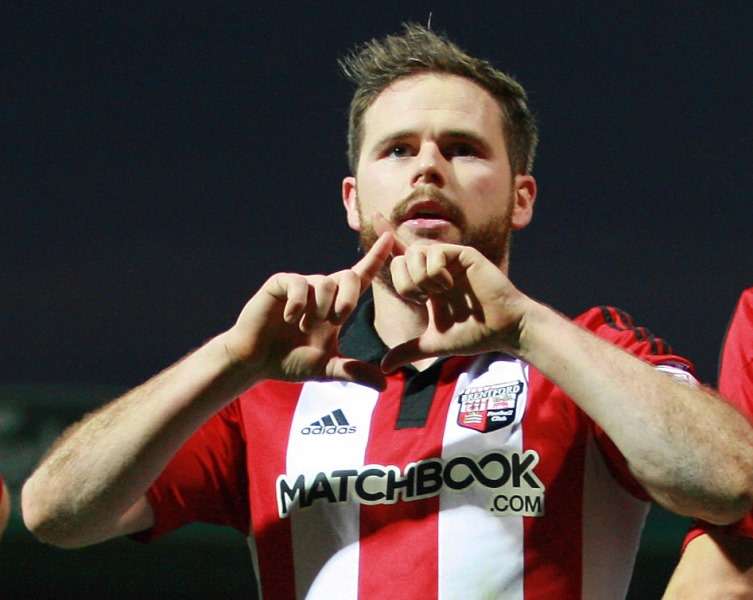 Harlee Dean and Alan McCormack stand out, but if I had to pick one I’d say Alan because I just got on with him really well when I first came in. Then again, everyone at Brentford was good to me when I signed, so I’ve got plenty of mates here.

That’s really tough because everyone is pretty good on that front at the moment. It used to be Richard Lee, but he has retired now.

The best at FIFA?

Me. I’m not undefeated, but last year on Friday nights before games we would do doubles tournaments and whoever was with me would usually win.

Andreas Bjelland. Some of the gear he wears is unbelievable. He just mixes and matches the wrong colours all the time and it’s always about four times too big for him as well. Atrocious.

Harlee Dean usually asks the lads what tunes they want to hear and he’ll make play lists. He plays a bit of everything really – hip hop, R ‘n B mainly and house music.

Andy Gogia has got quite a few tricks in his locker, though Josh McEachran does this ‘no look’ pass thing, which is impressive when it comes off.

We are usually a pretty good bunch. It used to be Toumani Diagouraga before he signed for Leeds last month, but if I had to pick one it would be John Swift. He’s just so dopey.

Ryan Woods can just do no wrong in the manager’s eyes. He’s always like ‘well done Woodsy’, ‘brilliant Woodsy’. I’m not sure what he’s done to charm the boss, but it has worked.

First person on the dance floor?

Ryan Woods really fancies himself as a bit of a dancer. Any time the music comes on, whether we’re on a lads’ night out or just down the gym, he will always be the first one to crack a move – even though he’s terrible.

Most likely to disgrace themselves at a Christmas party?

Harlee Dean – he just gets so emotional, it’s unreal.

Philipp Hofmann has a cross on his left hip, but it’s so bad it looks like there are just two sticks joined together.

Never puts the phone down?

Josh McEachran is always on his – he even carries his charger around with him! He’ll charge it for two minutes, even though it’s got two per cent battery life, and then pick it up a few moments later and still use it.

Sam Saunders. He’s so vain it’s unbelievable. He’s a good-looking lad, but he knows it and he’s got no problem sitting in a sunbed to top up his tan.

Without hesitation, I’d say Alan McCormack. He’s already done his coaching badges and it’s something he really wants. You can just see it in him with the way he trains.