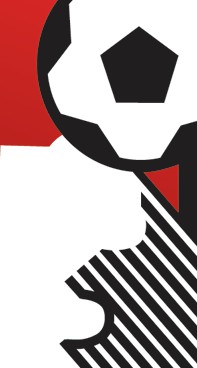 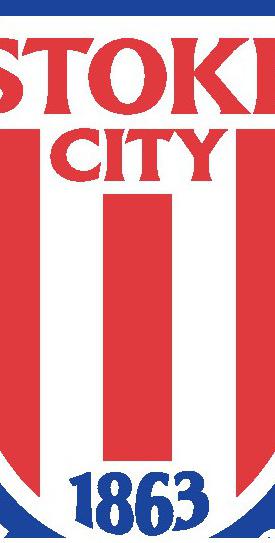 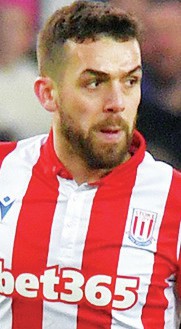 JONATHAN Woodgate insists his Bournemouth side will not be lacking in confidence when they take on Brentford in the play-off semi-finals – despite slipping to a third straight defeat against Stoke. If you thinking of placing a bet on the play-off matches then check out Unibet sign up offers.

The Potters were full value for their win, sealed by goals from debutant Will Forrester and full-back Tommy Smith, despite Woodgate naming a strong side.

“We’ll be the underdogs – it’s all on them as the favourites – but we’ll give it our best shot,” said Woodgate of the game against Brentford.

“When I came in, the objective was to finish in the play-offs and we’ve done that by seven points. If you’re winning seven games out of ten then you are doing OK.”

Bournemouth’s best chance of the first half came early as Championship player of the month Arnaut Danjuma pulled the ball back to Philip Billing, whose goal-bound shot was blocked by Danny Batth.

Stoke had nothing to play for but showed a few bright moments going forward with Rabbi Matondo lively on the right and forcing Asmir Begovic into a few straightforward saves.

They came close to doubling their lead before halftime when Matondo stood the ball up for Jacob Brown before his header was brilliantly blocked by Cameron Carter-Vickers.

Having hoped to push for a play-off place, the second half of Stoke’s season has fizzled out after being blighted by injuries. They were without 13 players for their trip to the south coast. 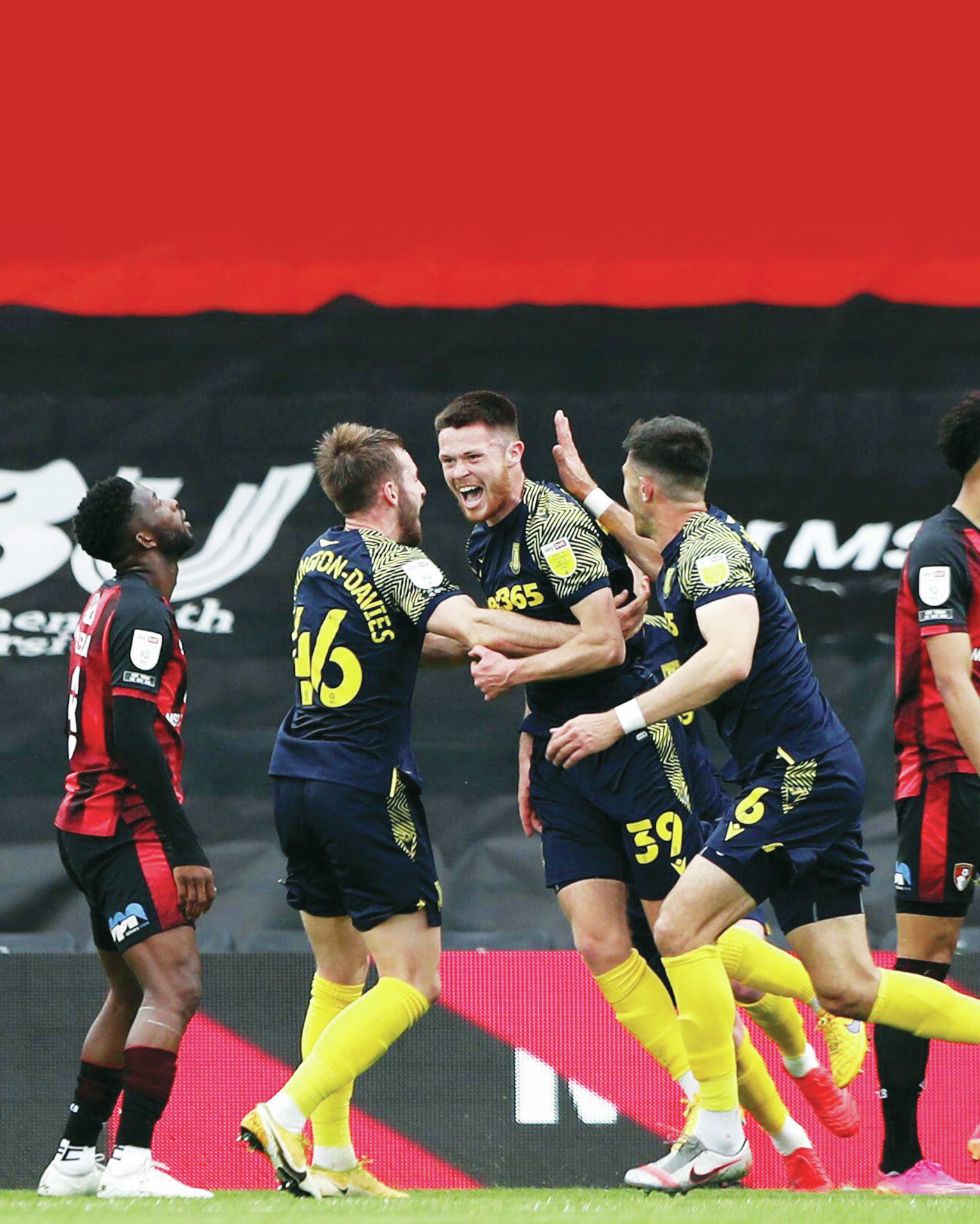 Stoke boss Michael O’Neill said: “The frustration is that’s promotion form but in the other 25 we’ve conceded too many. We lost some momenly weighted first-time pass into the path of Thompson, who finished powerfully into the bottom left corner.

Bournemouth finally began to show more intent and Dominic Solanke forced a brilliant save from Adam Davies as he connected with Lloyd Kelly’s low cross. Danjuma remained Bournemouth’s best hope of a comeback but he saw one shot blocked and sent a free-kick wide of a post as the home side continued to push.

Woodgate rang the changes in the second half but they could find no way through a stubborn Stoke defence who equalled their club record of 21 clean sheets in a season. 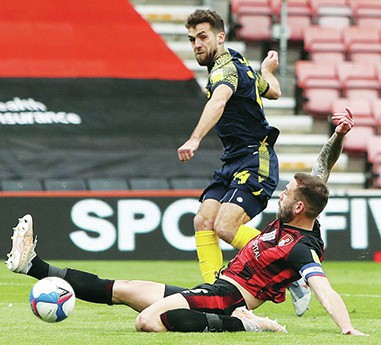 ALL OVER: Tommy Smith scores the Potters’ second goal

Stoke only had to wait until seven minutes into the second half to extend their lead. Former Chelsea midfielder John Obi Mikel began the move with sharp close control in centre midfield before finding Sam Clucas. He slid a perfecttum in January and February so we have to learn from that.

“All round it was a very good afternoon for us. It was a great performance and a great result against a good side with a huge prize to play for.

“We sat three points off the play-offs after 23 games but we finish on a positive. We’ve got to keep looking for that bit of quality and keep adding to our squad hopefully.” 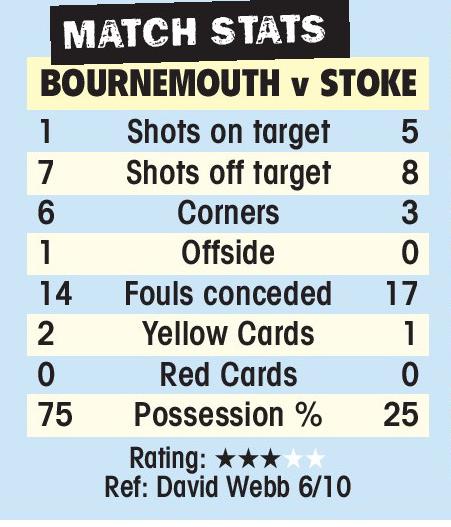