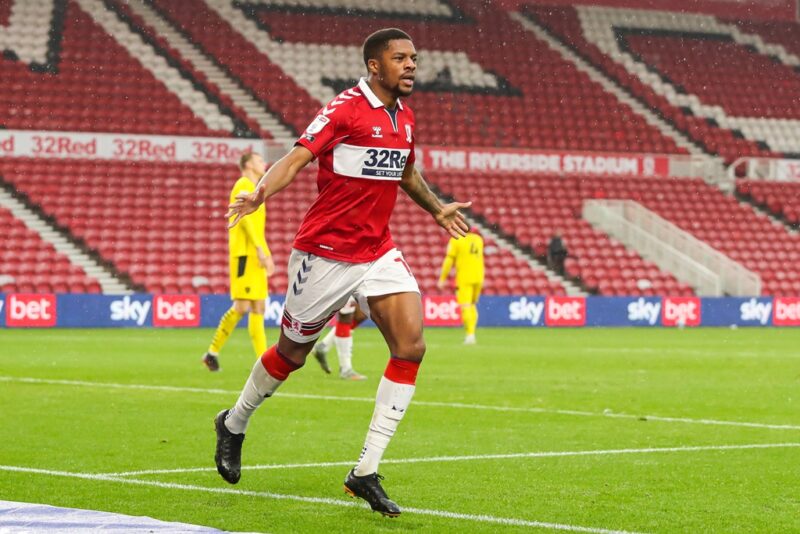 CHUBA Akpom swapped the bright lights of the Champions League for the Championship – but insists he’s exactly where he needs to be in his bid to get back to the top of the game.

The former Arsenal striker joined Middlesbrough from Greek side PAOK for £2.75m last month. He bagged 15 goals in two seasons and helped them win their first Super League title for 34 years with an unbeaten campaign (26 wins, four draws).

Akpom also scored the winner with an overhead kick in the 2019 Greek Cup final but jumped ship from the Mediterranean to Middlesbrough just days after a crucial Champions League qualifying victory against Portuguese giants Benfica.

The ex-England Under-21 international has unfinished business here. His Arsenal career brought 12 appearances in six years as a youngster, while loan spells at Brentford, Coventry, Nottingham Forest, Hull and Brighton yielded a total of seven goals.

He’s almost a third of his way to that figure at Boro already, scoring in each of his first two games against QPR and Barnsley, and the 25-year-old is determined to once again play on the biggest stage.

“I don’t need to prove myself but everyone has a different path – let’s see where mine goes. Hopefully it can take me back to where I’m meant to be,” he said.

“I just thought it was the right time to come back. I was there for two years and it was a lovely experience but when an opportunity like this came up, I couldn’t say no.”

And Akpom believes Boro will reap the benefits from his Greek adventures.

“My time at PAOK was the best two years of my career and life, it was a chance to experience something different,” he explained.

“We used to play big teams like Olympiakos and the build-up was crazy, it was so intense for a month out from it.

“To play in that atmosphere helped me. I grew up as a human being, I matured.

“I am a much wiser person and a better footballer for it.”

London-born Akpom, who chose to represent Nigeria last year, now has the pressure of playing for Neil Warnock, still as demanding as they come as he plots a record-extending ninth EFL promotion at the age of 71.

Warnock is a far cry from Akpom’s first manager, Arsene Wenger, and the pair’s contrasting styles saw them clash on the sideline down the years.

But the forward is already settled and happy in the north-east, even if he’s still two weeks away from moving into his new house and waiting for his belongings to be shipped from Greece.

“I could not have wished for a better start. This is a good environment, there are good people here and so it is a perfect place to be,” he said.

“He (Warnock) is a massive character. He can lift the whole changing room with what he says and the way he says it but he also has another side.

“They are complete opposites (Warnock and Wenger) but both great.

“The gaffer can come and have a normal conversation, not just about football but about life in general and have a good laugh.

“You forget he is a manager. He is a top human being and a top person and that sets him apart from other managers.”

There might be a 46-year age gap between Warnock and Akpom but both have the same goal this season.

“Middlesbrough is a Premier League team, it’s all about getting back there,” he added.

“It’s clear that if you don’t have that ambition then what’s the point?

“You always have to fight to be the best you can be. It’s the aim for all of us.”