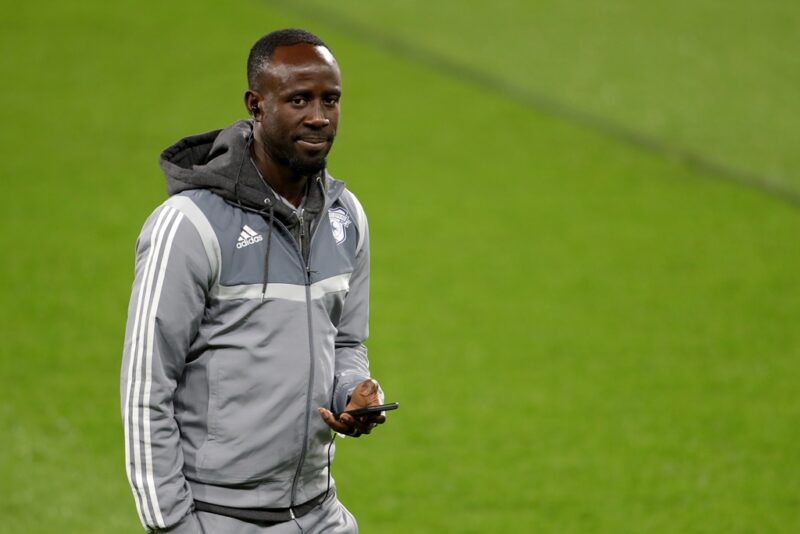 Albert Adomah could not hide the “amazing” feeling after signing for QPR – the club he supported as a boy – and has his sights set firmly on promotion.

The 32-year-old signed a two-year deal as a free agent after leaving Nottingham Forest earlier this month.

The winger said: “Imagine being a supporter and playing for the club you love. Words can’t even describe it. It’s just amazing and such a pleasure to be here.

“They were my local side, and going past the stadium when I was a youngster, I thought ‘one day I could play for this club’. This is just surreal.

“I was in White City last week and I was thinking about going to the club shop to buy a top – but I thought I would wait and get one for free!”

Adomah believes his promotion-winning experience can help the club.

He added: “It’s a competitive league. Every team wants to win promotion. I have managed it twice and it is a beautiful feeling. If I could get a third promotion that would be one of my great achievements. That’s my ambition.”

Ex-Arsenal youngster Chris Willock is also relishing his new QPR challenge after joining on a three-year deal from Benfica for an undisclosed fee.

The 22-year-old, though, will have to wait on the results of a Covid-19 test following his arrival from Portugal, before he can report for training.

The forward had loan spells in the Championship last season with West Brom and Huddersfield and he said: “I am really excited. I can’t wait to meet my new team-mates and to get started.

“I am just looking forward to getting out on the pitch and proving to everyone what I can do.”

Meanwhile, Reading boss Veljko Paunovic cannot wait to start working with Tomas Esteves after the teenager joined the club on loan from Porto.

The 18-year-old right-back has yet to join up with his team-mates having spent last week on international duty with Portugal Under-20s.

Paunovic said: “Tomas is a young, talented, versatile full-back, full of promise, potential and a real hunger to succeed.

“He will add good competition for places amongst our squad and I am delighted he has agreed to join Reading.”

Esteves came through the youth ranks with Porto to win the UEFA Youth League in 2019, starting in the same side as Wolves’ new teenage striker Fábio Silva to beat Chelsea in the final in Switzerland.

Reading also brought in Alfa Semedo on loan from Benfica, meaning the 23-year-old midfielder will spend another season in the Championship.

Semedo was at Nottingham Forest last term, and he said: “The league is good and last year I enjoyed it here, so Reading is a good club for me.

“I enjoyed everything in England – the football, the fans and the atmosphere.

“I feel ready, but it will depend on the manager to see.

“The team has started so good – I pray that we can continue like this!”