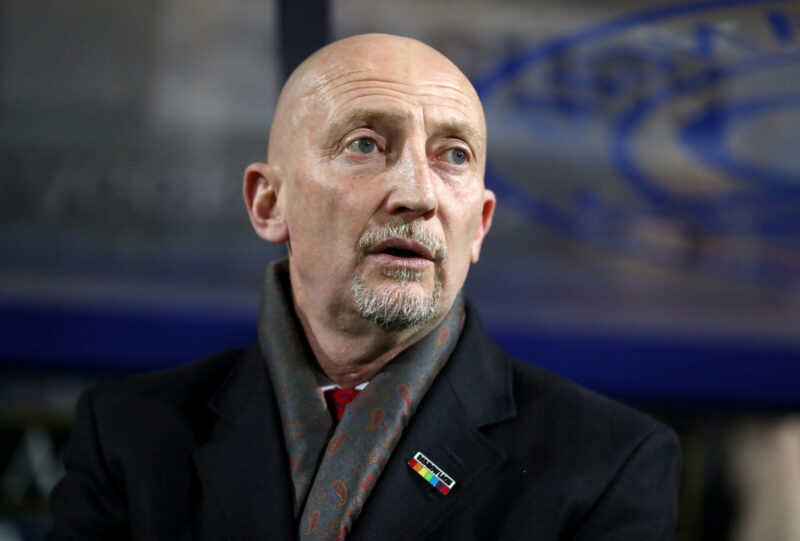 Ian Holloway has branded the men behind Project Big Picture ‘selfish’ as English football was plunged into civil war over the weekend.

Details of the secretive deal deliberated by Liverpool, Manchester United and EFL chairman Rick Parry were leaked over the weekend, and has been met by widespread condemnation.

Labelled as a ‘power and money grab move’, Project Big Picture would see voting powers in the Premier League reduced to nine clubs, those who have been in the top flight the longest.

This would be the established top six of Liverpool, Manchester United, Manchester City, Arsenal, Tottenham Hotspur and Chelsea, plus Southampton, Everton and West Ham.

That would leave sides recently promoted from the Championship, such as Wolves, Sheffield United, and Leeds United, with little say in league meetings.

Holloway, a manager who won promotion to the top flight with Blackpool, has been left appalled at the plans made by a small minority at the country’s biggest clubs and the EFL’s most senior administrator.

Project Big Picture, revealed by the Daily Telegraph, would see the Premier League revert to an 18-team league from 2022-23 and have the Championship incorporate two clubs to expand to a 24-team division – the same as League One and League Two.

“What are Liverpool and Manchester United thinking? How selfish are you? Breaks my heart to say it, I don’t get it,” Holloway said.

“I listened to the Government’s man who’s in charge of it all, and at last he’s started to threaten them and say we’re going to have to step in.

“I think governance is absolutely vital right now, because money is going out of the game left, right and centre, billions and billions of pounds buying footballers, and it’s going out the game.

“The game needs it, put it back in the game, get the Government to control our game and make sure the people at the bottom still have a club.

“Greed is disgusting, and that’s what I’m seeing everywhere. It’s absolutely vile, and I hate it, so step in. Go and tell the top clubs that you can’t do that, please. Somebody needs to.

“Why do they need two less teams in the top flight? Bit of a threat are they? Not where you want to be in the league at the moment are you?

“You should be under threat, the game doesn’t belong to you. The club might, but for how long? The game belongs to people in England, Ireland, Scotland and Wales. It belongs to us.”