Home / Latest News / Nottingham Forest: Will Lamouchi be given time?

Nottingham Forest: Will Lamouchi be given time? 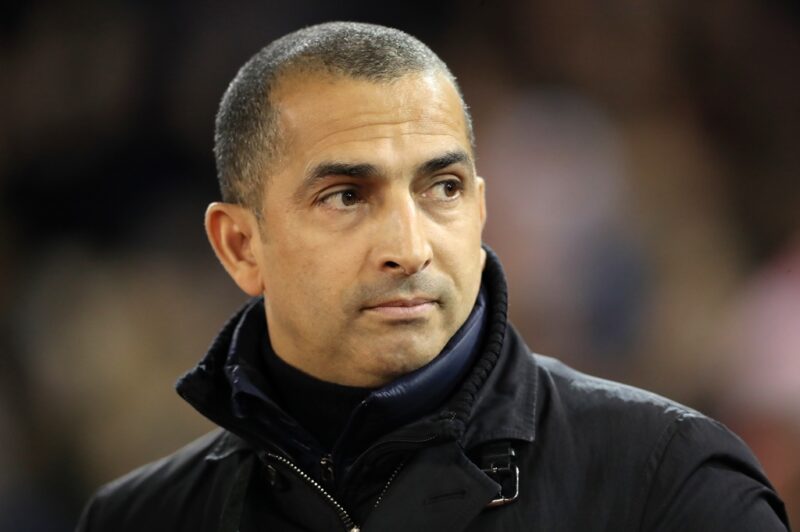 One thing for sure on the banks of the River Trent is that it is never dull at Nottingham Forest Football Club. The two time European Champions have spent two decades out of the Premier League, and even spent four of those seasons in League One. But an unknown manager has restored hope at the City Ground.

Former Rennes and Al Jaish manager, Sabri Lamouchi, was appointed in charge of the Reds less than twenty minutes after the Forest hierarchy fired former club legend, Martin O’Neill. Lamouchi was only the second foreign manager to be appointed in Forest’s history, after Frenchman Philippe Montanier back in 2016.

After a short, unsuccessful spell, the Frenchman was sacked and has since gone on to manage the French U-20s and he is now in charge of Lens. The appointment of Lamouchi bemused the vast majority of Forest fans, who had never heard of the man who was now in charge of attempting to promote Nottingham Forest.

But since his appointment back in July 2019, many of those fans have been left red-faced. That’s because Forest are currently in the playoffs with less than ten games remaining and there is a real possibility their long wait to return to the Premier League could finally be over.

Lamouchi’s contract is up in the summer, as the board only brought him in on a one year deal with one goal – promotion. But if Forest finish in the playoffs and fail to get promoted, which will easily be their best season for almost a decade, it would be a surprise if he wasn’t rewarded with a new deal.

Although the Forest board had set high expectations for Lamouchi and his squad, for the first time in years, Forest fans were not as optimistic when it came to promotion this season. After finishing ninth the previous season, which saw a vastly unpopular sacking of Aitor Karanka, fans didn’t really know what to expect from their new manager.

And it has hardly been glamorous from Forest, who have won the majority of their games with less than 40% possession. Even with the likes of Joe Lolley, Joao Carvalho and Tiago Silva in their ranks, who all possess plenty of creativity, it has been their defensive performances that have served them well – especially away from home.

Forest’s below-average home form has been their downfall all season long and it could be costly for Lamouchi. However, although the board has been brutally honest about their expectations, the way the fans and players have taken to Lamouchi might just convince them to extend his deal.

Championship odds from Betfair indicate Forest are amongst the front runners to achieve promotion via the playoffs, but there is still plenty of work for them to do in order to achieve that.

It has almost been a decade since Forest have gone a whole season without sacking a manager and it looks likely Lamouchi is about to break that record. Whether or not his deal will be renewed will be an interesting story to follow, but if he leads the Tricky Trees to promotion come May, there will be no doubt about his immediate future with the club.