Home / Features / Where Are They Now? Ex-Footballers with Strange Jobs

Where Are They Now? Ex-Footballers with Strange Jobs 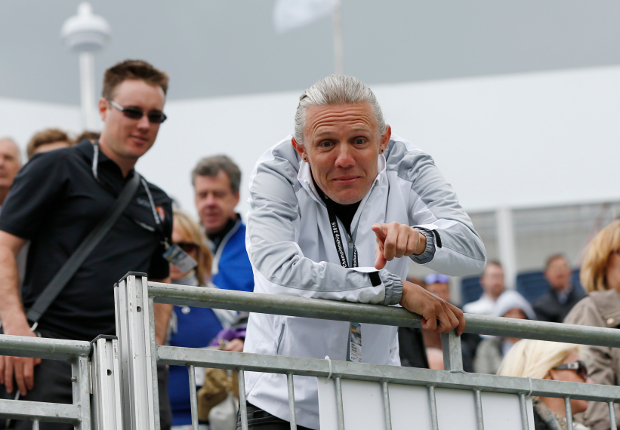 The timeline of a footballer’s life is a relatively predictable one: get spotted in school, sign a professional contract, play, retire, become a pundit or manager. It’s a well-trod path, and those that stray from the norm are few and far between. But every now and then, we hear of a player doing something a little unexpected and we think to ourselves that this is a very strange ex-pro. The fact is though, that there are more than a few footballers that have taken up surprising jobs after they hang up their boots.

Steve Finnan needs no introduction. He was a quality player for both Fulham and Liverpool, where he won the Champions League. But it seems that he had enough of football, so when he retired, he disappeared from the game completely. His shunning of the limelight even led to a supporters’ campaign to find him. He currently runs a property development company in London with his brother and has no desire to have anything to do with football.

While Finnan’s career change may raise a few eyebrows, it’s nothing compared to the surprise at Julian Dicks’ choice of livelihood post-retirement. Forced out of the game through injury, Dicks became a golfer but soon realized that his knee couldn’t hold up to the pressure. He also dabbled in dog breeding and ran a pub.

Jimmy Bullard, English football’s funnyman became a reality TV star after his retirement but considering he’s a celebrity, it’s not really that unusual. His side hustle of professional golf though is another matter. He’s trying to make the pro-circuit, but we reckon he’s another few years off making his name in another sport.

While Jimmy’s foray into the world of golf didn’t take him to the big tournaments, another ex-pro Lee Bowyer almost made it to the 2012 British Open. He played a round of 79 at a qualifying tournament and just missed out on qualification. We’re not sure what odds he’d get at this year’s tournament, but we reckon they’d probably be longer than the 500/1 BetStars is offering on John Daly to win the Claret Jug. Interestingly, the current Addicks assistant manager also ran a carp fishing lake in France for a time before the lure of football brought him back to England.

Former German international Tim Wiese made perhaps the oddest career move by signing a contract with the WWE. Yes, that’s wrestling. He’s not quite a star yet, and may never be, but it’s a brave if not a somewhat confusing choice of career.

Remember Bixente Lizarazu? Of course, you do. A World Cup 1998 and Euro 2000 winner with France, you’d think he’d had enough of sports, but no. After retirement, he got bored and took up Jiu Jitsu and became a European champion. Some people just have that knack for sports.

Arjan de Zeeuw of Portsmouth, Wigan, and Barnsley fame is now a private investigator solving mysteries and catching unfaithful partners back in his native Holland. After calling time on his career, it was rumored that he wanted to join the police force, but come on, private investigator sounds so much more impressive, right?

Whatever the reasons they had for leaving the game behind, it seems that these ex-pros just couldn’t sit at home counting their money, which in a way is rather admirable. But given the choice of retiring with a healthy retirement fund at 35 or taking on a new career, we know which one we’d choose. How about you?