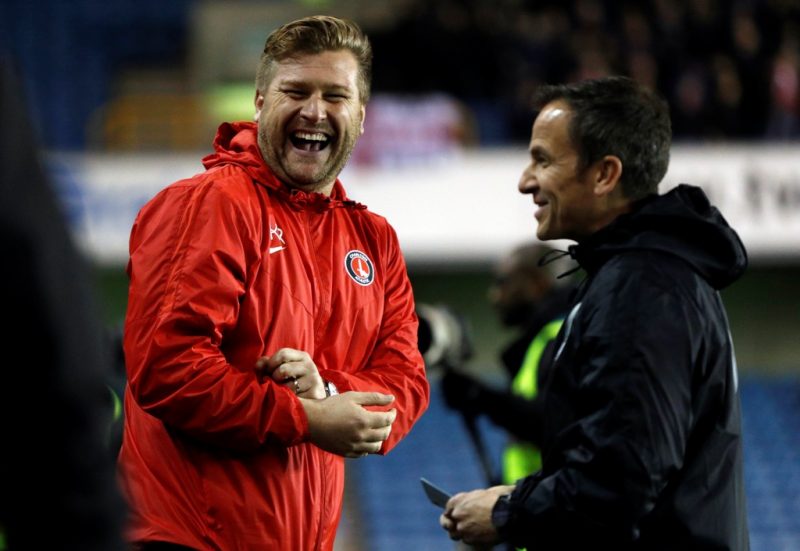 Charlton Athletic manager Karl Robinson is full of praise for League One leaders Shrewsbury’s unbeaten start to the season, but insists his side can catch them up.

Paul Hurst’s men have yet to taste defeat in the league this season, an astonishing run of form for one of the smaller teams in the division.

And while former MK Dons manager Robinson has plenty of complimentary things to say about Salop, he is adamant that his Addicks side can close the gap.

“Everybody said it was a minor miracle that they stayed up last season, so they have excelled that and done a million times better putting them where they are today,” he told Kent Live.

“They are going to go through a period where they lose games. It’s impossible to do what that Arsenal team did, we had never seen it in our lifetime in this country.

“So to go through a full season with that clean record I can’t guarantee, but you have to give credit to their manager and the players at Shrewsbury Town.

“They’re the name we still see and our objective is always to chase. We can catch up, we think we can catch anybody – but we can also be caught.

“I just feel you have to chase the team right above you. I remember when MK Dons and Preston went toe-to-toe in the last 11 games of a season and I think we won 10 of them and they had been on a ridiculous run of games as well.

“Every game you’re coming back in and looking for that result, we didn’t have a clue what was happening underneath us.

“Our mentality has to be who is ahead of us and who we can catch, and that’s been our objective.”

Robinson and his team will attempt to close the gap on Shrewsbury when they welcome AFC Wimbledon to The Valley this weekend – if you think Charlton can chase down the leaders, use Bet365 bookmakers.