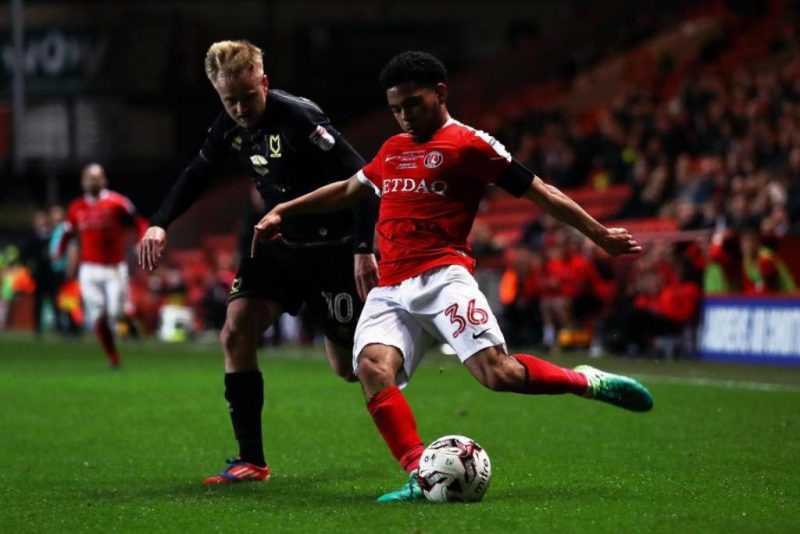 Charlton Athletic’s young full-back Jay Dasilva is loving life at The Valley, and the Chelsea loanee is hopeful of promotion glory this season.

The Addicks are fifth in the League One table after eleven games this season, nine points behind the unbeaten league leaders Shrewsbury Town.

Dasilva first arrived at Charlton in January of this year, but had to be patient for his chance in the first team. Towards the end of last season he began to make inroads into the starting XI, and he’s picked up where he left off with 10 appearances so far this season.

The 19-year-old is thrilled with his progress, telling Charlton’s official website: “I am learning a lot off my team-mates. There are a good bunch of lads in the dressing room – as soon as I came in they were very welcoming.

“Another good thing is that there are quite a few young players in the team. That was good for me settling in, to be around people my age. I get along well with them.”

Dasilva also commented on the positive playing style Karl Robinson has implemented at the club: “I like to show my offensive side as much as I can, and affect the game,” he said.

“The style of play at Charlton is good for that, I can push on quite a lot down the left side.”

And the full-back isn’t just focused on his personal progression: “Collectively, hopefully we can gain promotion this season. That would be a great achievement and another thing to add to my list.” he said.