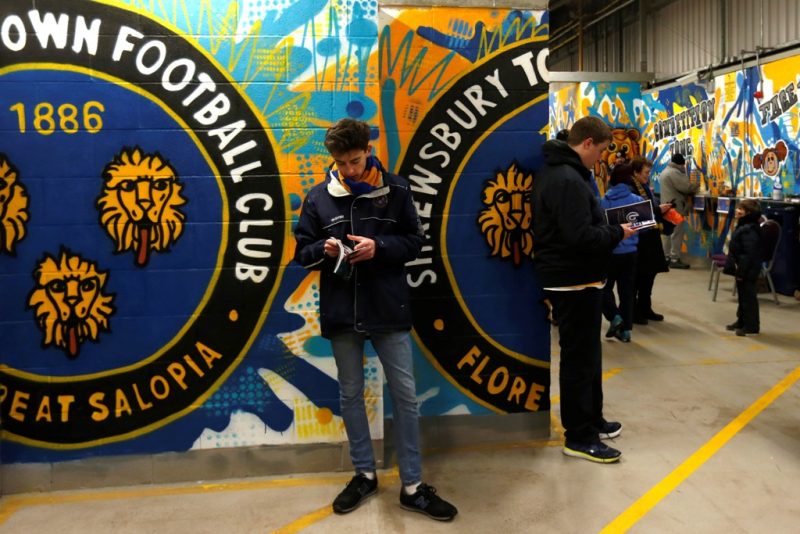 Shrewsbury maintained their 100% home record last night, as they defeated Southend 1-0 at New Meadow. The result keeps Paul Hurst’s side three points ahead of Peterborough at the League One summit.

Jon Nolan scored for the hosts with 23 minutes on the clock, and that goal ended up being enough to brush aside Phil Brown’s struggling Shrimpers. Shrewsbury have now dropped just two points all season.

Peterborough leapfrogged Charlton into second with a commanding 2-0 win at home to MK Dons. Second half strikes from Ryan Tafazolli and Marcus Maddison ensuring the points stayed at the ABAX.

The aforementioned Addicks suffered a debilitating 3-0 defeat to Wigan at The Valley, as the Latics bounced back from their first loss of the season against Shrewsbury at the weekend. A Gavin Massey brace and a Sam Morsy goal putting paid to Karl Robinson’s high flying side.

The Northampton revival continued at pace last night, as the Cobblers made it two wins from two under new boss Jimmy Floyd Hasselbaink with a 3-1 win against Portsmouth. A Chris Long double was broken up by another Matt Crooks strike, while Matthew Kennedy grabbed a consolation for Pompey.

Blackpool kept the heat on the top teams with a 3-1 win at Plymouth Argyle, Gary Bowyer’s side moving up to fifth in the table. Colin Daniel, Jimmy Ryan and Nathan Delfouneso were on target for the Seasiders, while Sonny Bradley’s header briefly had the hosts level.

Bradford remain ahead of Blackpool on goal difference in fourth after a 2-2 draw at Oxford. Omari Patrick’s fine strike had the Bantams ahead, only for two goals in a thirteen minute spell late on from Wes Thomas and Joe Rothwell to turn the tide in the U’s direction. Luckily for Stuart McCall, Romain Vincelot was on hand to grab a 94th minute equaliser for the visitors.

Gillingham’s search for a first league win of the campaign continued, as they were held to a 1-1 draw at AFC Wimbledon. Sean Clare and Andy Barcham were on target for their respective sides, while Lee Martin was sent off for the hosts.

Fleetwood continued their strong start to the new campaign with a 3-2 victory over Bury at Highbury Stadium. Jordan Hiwula could’ve had a hat-trick for Fleetwood but his double followed a missed penalty. Jermaine Beckford and Josh Laurent drew the visitors level, only for Ashley Hunter to rescue a win for Uwe Rosler’s team. Beckford also missed an injury time penalty for Bury.

Oldham are off the foot of the table after their 3-2 win at Bristol Rovers. Jack Byrne and Craig Davies had the Latics in control before Rory Gaffney and Ryan Sweeney brought the hosts level. However, Eoin Doyle headed Oldham to their first league win with two minutes to go.

Two injury time goals from Matt Kitching and Steven Davies cancelled out John Marquis’ goal for Rochdale against Doncaster, and Marcus Antonsson scored the only goal of the game as Blackburn won at Scunthorpe.

Finally, Rotherham thrashed Walsall 5-1 thanks to a Lee Frecklington hat-trick and a Jon Taylor brace. Amadou Bakayoko was on target for the Saddlers.