Posted on May 24, 2017 by Matthew Bishop in Featured, Latest News, Skybet Championship | 0 Comments 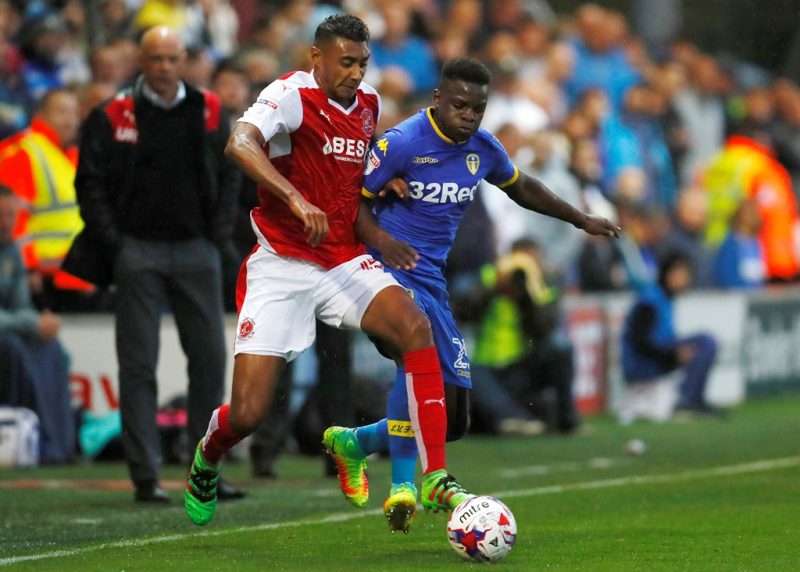 Leeds United starlet Ronaldo Viera has committed his long-term future to the club by signing a new four-year contract.

The 18-year-old is currently at St George’s Park with England ahead of the under 20’s Toulon tournament, and his new deal replaces his previous three-year contract to keep him at Elland Road until 2021.

Viera came through the Whites’ academy, and enjoyed a brilliant breakthrough season with the club, playing 38 times for Garry Monk’s side, with the highlight surely being his stunning late winner away at Norwich City.

Speaking to the Yorkshire Evening Post last week, the combative midfielder said: “I never expected to have a season like I have. I thought I’d maybe make a few appearances and mainly play Under-23 football so it’s been great.”

The youngster’s new and improved deal – his third since signing his first contract last May – signals the intent of new owner Andrea Radrizzani to keep hold of United’s best players.

With the news coming less than 24 hours after Radrizzani became sole owner of Leeds United, who took over from the departing Massimo Cellino, fans will be hoping this is the start of a new, successful era for the club.

The club’s official Twitter account announced season ticket  sales for the 2017/18 season have recently surpassed 15,000, highlighting enthusiasm is clearly high ahead of the upcoming campaign, and Viera committing his future to the club will only improve the feeling around Leeds United.