Home / Featured / Mowbray: Rovers can return at the first time of asking, I just need to reinspire the players

Mowbray: Rovers can return at the first time of asking, I just need to reinspire the players

Posted on May 18, 2017 by Adam Ellis in Featured, Latest News, Skybet Championship | 0 Comments 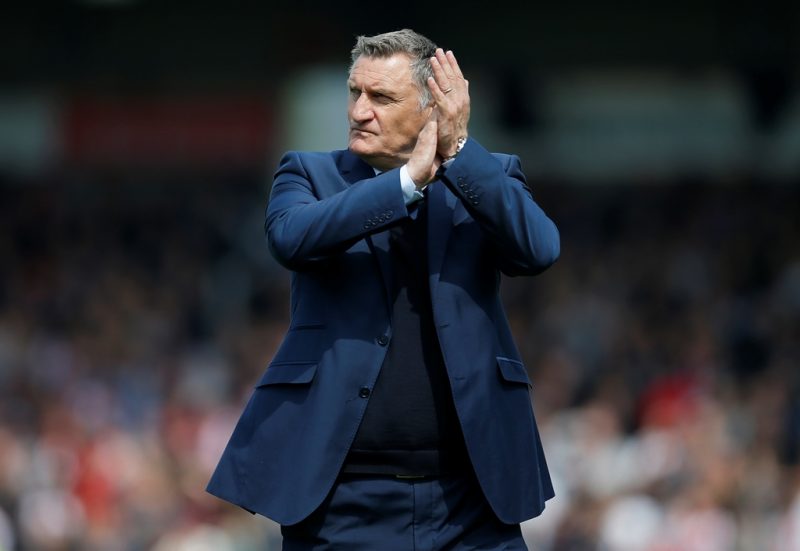 BLACKBURN may still be getting over the agony of relegation but Tony Mowbray is adamant they have the squad to bounce back to the Championship at the first attempt.

Rovers suffered final-day heartache. They were relegated despite winning 3-1 at Brentford, as both Birmingham and Forest also won, meaning they went down on goal difference.

Mowbray replaced Owen Coyle in February and picked up 22 points from his 15 games in charge but fell agonisingly short in his attempt to keep them up.

However, the 53-year-old has managed in League One before with Coventry and believes Blackburn have a great chance of winning promotion – as long as he is backed to build the squad the way he wants.

He said: “I just want to work on the grass and inspire young guys, create a togetherness that can be better than the sum of the parts and better than the individuals, something I think we all believe we can do.

“I believe I can make good teams. As long as they’ve got the right character you can make a strong unit, in or out of possession. Hard to beat and hard to play against.

“If we can keep the right players, I can only see us being really strong in League One.

“The main issue for me would be to try to keep the players I think are going to be too strong for League One. I’d like us to go out and spend loads of money and get the best players and make me look a really great coach by winning the league by loads of points, but that’s not the way it happens.

“We have to put together the pieces and create a team that is functional yet wins week in, week out.

“I know the salary levels at that level and, if we can keep our better players, we will have a budget where I can’t ever sit in front of anybody and say ‘we need more money’.

“If I can inspire the players, they should be right at the top of the division with the quality they possess, but we’ll see what the summer brings.”

Mowbray has already been backed by the club’s owners – the Venky family – but director of football operations Paul Senior has resigned.

Senior had been in the role only since January.

Relegation means Blackburn become the first former Premier League winners to play in the third tier of English football, although they picked up 11 points from their last five games and almost saved themselves.

Relegation has left Southampton loanee Sam Gallagher, 21, devastated as he returns to his parent club. The striker said: “We’re gutted. You always look back and think of games where you could have picked up points but it’s a long season so it is what it is.

“It’s one of the best dressing rooms I’ve been in. I owe a lot to this club after giving me such a great opportunity. I’ve had a lot of games and time to grow.”