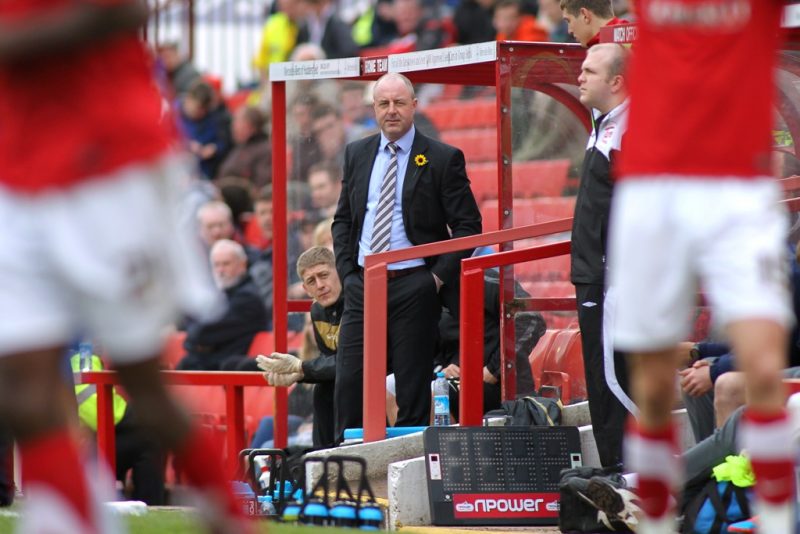 IT is now ten years since Keith Hill first zipped up his Barbour, pulled on a flat cap and stepped into the Rochdale dugout.

Considering the average manager lasts an average of 1.2 years, it is no mean milestone for the 47-year-old Mancunian.

Along the way, he has enjoyed two promotions with Dale, endured a chastening 18 months in the Championship with Barnsley and built a reputation as one of the most progressive coaches in the business.

Unsurprisingly, then, Hill had plenty to say when The FLP visited him at Platt Lane, the plush training base inherited from Manchester City’s academy.

It’s all very holistic to say ‘this is the right way to play’. But, if it isn’t effective, it isn’t right.

That’s a valuable lesson I learned at Barnsley.

Every manager wants to play a certain way. Me? I want my teams to play the kind of football I appreciate and we went up from League Two, twice, by doing that. But, if that stops getting results, you have to be pragmatic.

A lot of my players watched Man City v Barcelona on Tuesday. It looked as though Pep had changed the way he wanted to play for that one game. He seemed to go more direct.

To me, it looked like he thought ‘my back four are up against the best pressing team in the world – why put them under pressure?’ So he played over the press and got at Barcelona’s weakness which, on the night, was their defence.

If Pep can be pragmatic, I think we all can. Because sticking to your principles while losing games means only one thing – the sack.

There’s no such thing any more. Everyone wants the ‘right here, right now’ success. That’s the world we live in, led by the media. We’ve got to accept it.

Then, you look at Arsenal under Arsene Wenger. He’s done a superb job, from the way they play to 16 consecutive years in the Champions League knockout stages.

He’s built the club into a superpower, yet every season the fans want him gone.

If you went to a job interview in the Premier League and started talking about infrastructure and continuity, you’d look stupid. All they care about is the next 12 months. That’s why the average manager now lasts less than a year.

John was 17 when I gave him his debut at Barnsley. We’d spent the best part of nine months integrating him into the first-team but, when he was on the training pitch during his second pre-season, it was obvious he was ready to play.

We knew we had a Rolls Royce, a top-quality player. All the players sensed it. We knew he was destined for the top. The only surprise is how quickly he’s done it.

John was always very down to earth. He was respectful and aware of how privileged he was to be playing football for a living. 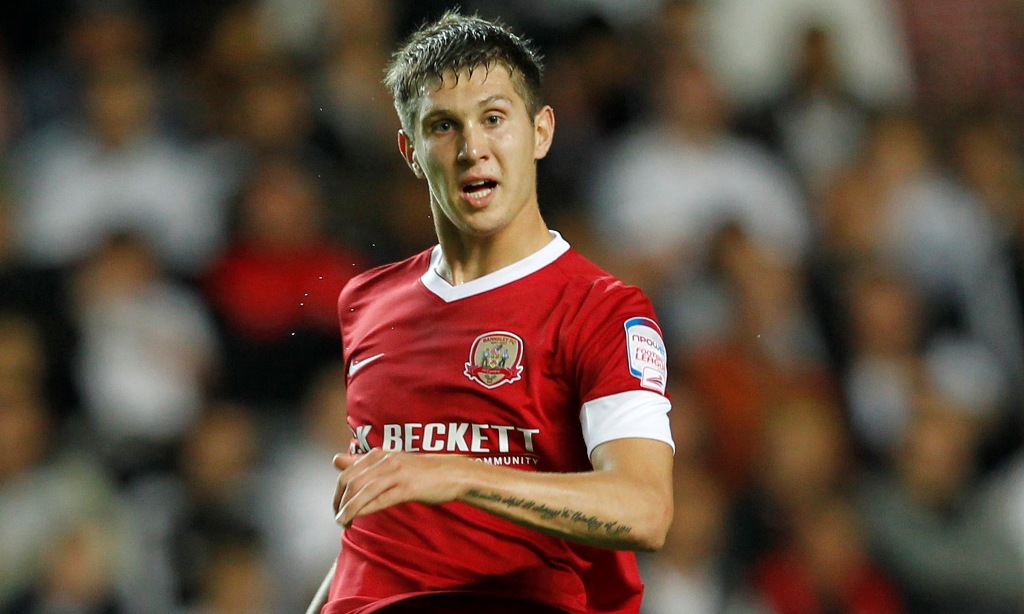 I’d say his greatest asset is courage. To play the way he does as a centre-half is incredibly brave. He makes himself vulnerable to criticism, but he carries it on broad shoulders and that’s what I love about him.

Yes, he gets things wrong. All young players do. But so much of what he does is so right.

I looked at a passing table a week ago and he had more passes individually than most teams have in total. Amazing.

I just hope the media don’t chastise him too much because he’s got a manager in Pep Guardiola who trusts him and, if he keeps developing, England will have a wonderful player.

HILL ON ‘THE GOOD OLD DAYS’

In my day, when we lined up at three o’clock on a Saturday afternoon, we’d already planned what we were doing after the game.

Whether it was Blackburn in the Championship or Rochdale in League Two, the night out was part of the ritual.

I wouldn’t say we were unprofessional. It was socially acceptable. But times have definitely changed.

Partly it’s the required levels of fitness. Partly it’s social media and the scrutiny players are under.

I’ve heard plenty of people say the modern game stifles spirit, but I don’t buy that.

Team spirit isn’t built in a pub. And, whatever people might claim, it never was. It’s built on the pitch.

The only way to galvanise team spirit is by winning matches.

A night out can cement relationships, but wins are the building blocks.

HILL ON PROFESSIONAL REFEREES IN LEAGUE ONE AND TWO, AS ADVOCATED BY WYCOMBE BOSS GARETH AINSWORTH

Hill on professional referees in League One and Two, as advocated by Wycombe boss Gareth Ainsworth

I think it’s only a matter of time. Everyone agrees that, within the professional game, it’s a bit stupid we have amateur refs.

Don’t get me wrong. Those guys are as professional as you can possibly get while also being part-time. But I think being more accountable would definitely raise standards. 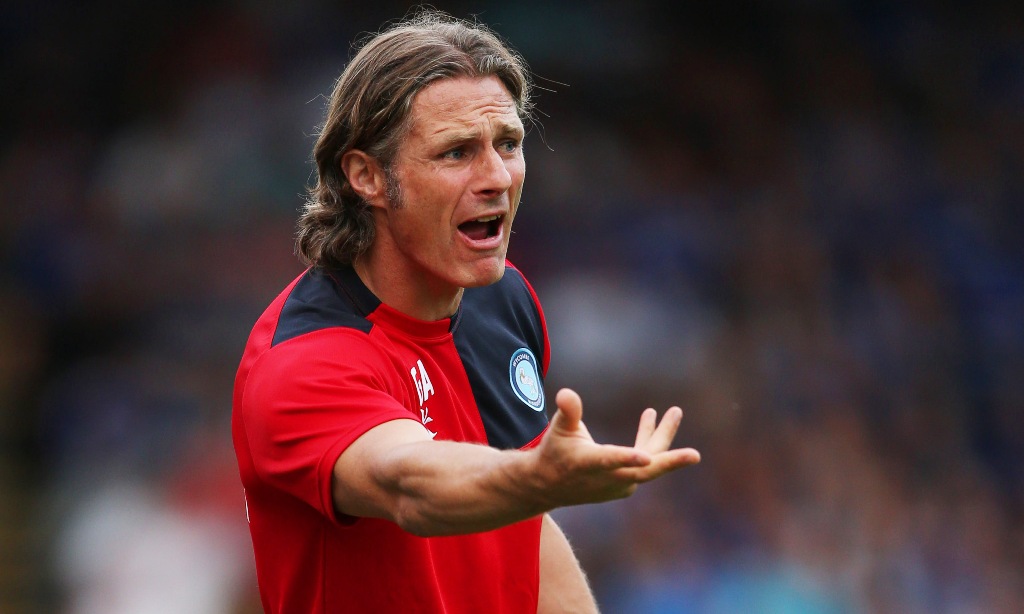 Only a matter of time: Hill agrees with Gareth Ainsworth’s view on referees in League One and Two (Picture: Action Images)

Managers are getting sacked, teams are getting relegated, livelihoods are affected. I know that it’s not always down to referees. We’re all human, we all make mistakes.

But, if referees had more riding on their performance, they’d better understand how important it is to managers and players.

HILL ON HIS FELLOW MANAGERS

During a game, there’s a massive will to win. It’s almost a hatred towards your opponent because, ultimately, beating them is the only thing that’ll save your skin.

But, away from the pitch, there is a camaraderie. We’ll look out for each other because we know it’s a cut-throat business and, once you’re out, we know how difficult it is to get back in. In truth, though, I don’t really have footballing friends. I never did as a player.

I don’t ascribe to the theory that you need to immerse yourself in football 24/7.

Some of the best advice I get is from my family. I work with the players every day and you can sometimes miss things that are obvious to outsiders. My daughter, who is in Australia now, used to come to a lot of games.

She’d be the first to admit she didn’t know a lot about football, but she knew about people. She could read body language and see the honesty – or lack of it – in a performance. I don’t want the waffle of another manager or coach. I want somebody who sees what supporters see, whether that’s a mate, my dad, or my five-year-old boy.

HILL ON PLAYING THE KIDS

It is a risk. No doubt. We all know it can result in bad results and that affects the manager, not the player.

The important thing is job security – having a board who believe in you.  I remember talking to Karl Robinson at MK Dons about it. The first six games that he played Dele Alli, they didn’t win once. But he persisted.

Karl wouldn’t have done it unless a) he believed in Dele’s potential and b) he had the trust of his chairman and players.

Judging when a player is ready is tricky but, if they’ve got the respect of the senior players, it has to be done. You see that on the training pitch, you sense it. That’s why I played John Stones at 17, Craig Dawson at 19 and now Aaron Morley at 16. What do I look for in a player? Ultimately, you’re looking for football intelligence.

We can get a player fit. We can work on his technique. What we need from them is to see an ability to read a phase of play, an opponent, understand a system or position.

I like to see any foreign coach to have some connection to our culture. Like Gus Poyet at Brighton. Like Roberto Di Matteo, like Gianfranco Zola. Like Rafa Benitez, whose family lived here even when he was managing in Italy and Spain.

The rest? I just feel that the foreign owners are pushing good English managers lower and lower down the pyramid, if not out of the game.

The way it’s going, a British manager will have to get promoted from the Championship if he wants to work at the highest level. Unless you’ve got experience – like Sam Allardyce or David Moyes –it’s the only way.

Sean Dyche and Eddie Howe have done great jobs, but it was all off their own back.

Gary Rowett is an outstanding young manager who’s done brilliant at Birmingham, but if he wants his Premier League wings, he’ll probably have to take them up.

HILL ON SCOTT HOGAN, THE BRENTFORD SCORING SENSATION WITH EIGHT GOALS FROM 13 GAMES

I’m delighted for Scott. When we sold him to Brentford in 2014, I said to our chief exec: “He’ll be playing Premier League within 12 months.”

He’s since had a year and a half of ridiculous knee injuries, but he’s come back and scored 17 goals in 17 games. 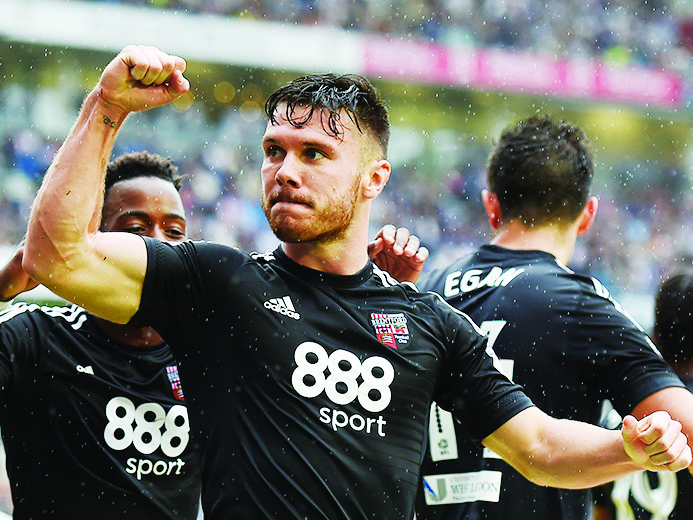 Scott Hogan: The ex-Rochdale striker is destined for the Premier League according to Hill (Picture: Action Images)

He’s a standout operator and it’s always been my belief that he’d be a top-flight striker.

He really is that good. When you work with people on the training pitch, you see that kind of talent straight away. Whether it’s with Brentford or someone else, he’ll get there.

I’ve been ten years as a manager and I’ve never had an FA charge.

I just try to control what I can and not worry about everything else.

I try to ring-fence the officials,  respect them, understand they will make mistakes, try and encourage dialogue after the game to improve standards.

The person I feel sorry for is the fourth official. Some of the tactics I see being used in certain technical areas is very disrespectful and more should be done to protect them.

As coaches, we should be focused on managing our own team, not trying to manipulate the officials.

*This article was originally featured in The FLP on Sunday 6th November.