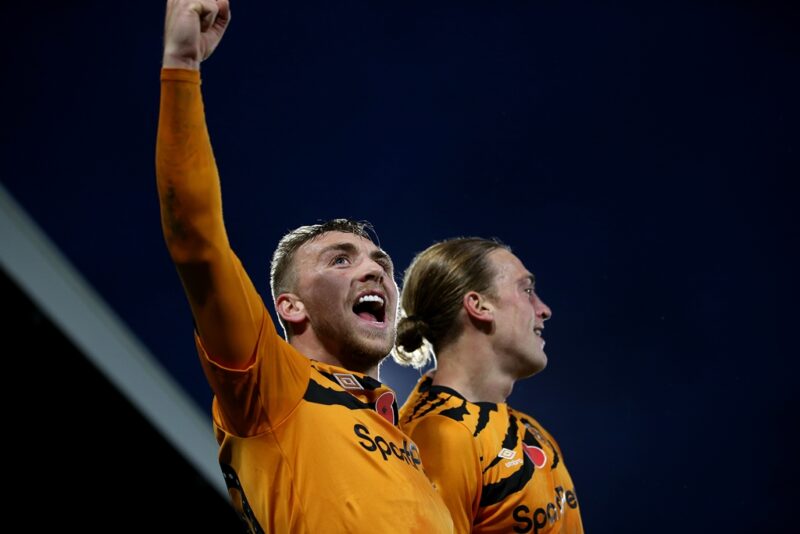 It’s the time for giving gifts, spending time with family and friends, and eagerly anticipating the opening of the January transfer window.

For supporters, it’s a time of mixed emotions: new faces may come in to bolster your squad, but on the flip side, your best talents could be tempted away by the vultures from the Premier League or elsewhere.

Any Premier League side with a need for a midfield playmaker could do a lot worse than taking the plunge on Reading’s John Swift.

The former Chelsea trainee has been in inspired form for a Royals outfit that had, prior to Mark Bowen’s appointment as manager, been performing well below the levels expected of them.

In amongst the wreckage, a star was shining bright. Swift boasts a phenomenal eye for a pass, and its little wonder he has made six assists this term and contributed 3.6 key passes per 90 minutes – a Championship best.

The 24-year-old is willing to put a shift in defensively too, and with an 83.3% pass success rate from an average of 51.7 passes per game Swift offers the confidence and swagger to demand the ball from his teammates.

It’s for that reason why he could add a new dimension to many top-flight midfields, or maybe a return to the Blues as an understudy to Mateo Kovacic is a possibility?

Football fans of a certain vintage will recall a bygone era when the sole responsibility of a central defender was to head and kick the ball….and anything else for that matter.

That has changed somewhat in the modern game, with a premium on athletic types that can spring accurate passes here, there and everywhere, but even so, a centre back that offers the beauty and the beast is worth their weight in gold.

Step forward Ben White, an absolute gem unearthed by Leeds United who has stepped seamlessly into the breach left behind by Pontus Jansson.

The fact he hasn’t missed a minute of Championship action this term, helping the Whites to the best defensive record in the division, is no coincidence.

He tops the charts for interceptions made, averages 1.6 successful tackles and 3.6 clearances per 90 minutes, and enjoys an 85.5% success rate on more than 50 passes per game, on average.

At just 22, White is both the present and the future, and you suspect some of English football’s biggest of guns will be sitting up and taking notice.

It’s all conjecture and opinion, of course, but many valued judges believe that Jarrod Bowen is the best player in the second tier by some margin.

Certainly judging by his combined tally from the past two seasons – 36 in 82 – gives that impression, and a further nine in sixteen starts this term keeps the ball rolling. Remember, Bowen is a player that occupies wide areas, so this is a goal ratio of Messi-like proportions.

Third top goalscorer in the Championship (8).

Used mainly as a right winger cutting inside, the 22-year-old also serves up 1.9 completed dribbles per 90 minutes and 1.1 key passes, and while most Hull City fans would like to see that assist count improve that is a statistic that can say as much about his teammates as it does the man himself.

Goals are the most valuable currency in football, and Jarrod Bowen brings plenty of them to the party.

It has been a mesmeric rise to prominence for Ebere Eze at QPR.

He broke into the Hoops’ first-team picture last season, and while delivering some eye-catching displays his lack of consistency had many in the stands tearing their hair out in frustration at a player with bags of ability but little output.

The 21-year-old is the highest-ranked player in the Championship according to WhoScored, and with six goals and four assists in just sixteen appearances, it’s easy to see why.

But there’s more to Eze’s game than that. He’s a fantastic ball carrier (3.1 completed dribbles per 90 is the division’s best) that plays defence-splitting balls (1.8 key passes per 90), and it’s not coincidental that only Preston and West Brom have scored more Championship goals this term than QPR.

But can Mark Warburton hang on to his magic man?

When Kalvin Phillips signed a new five-year deal with Leeds back in September, it was a symbolic gesture as much as a financial one.

It was a football club saying if you want him, you had better open up your chequebook big time.

As a local boy, it would take an extraordinary offer to prise Phillips away from Elland Road, particularly as they are – once again – seemingly on the brink of promotion. That’s certainly the view of the bookmakers, anyway, who make the Yorkshiremen a warm favourite in their Championship betting odds to lift the trophy.

But there is the very real possibility that if he were playing Premier League football week in, week out, Phillips would earn a call-up to the England squad. An interesting thought given the European Championships take place next summer.

This is an all-action midfielder with plenty of quality into the bargain, and pretty much any top-flight side would be lucky to have him. There are some fine talents in the Championship, so will any of this quintet be plying their trade somewhere new come February 1?