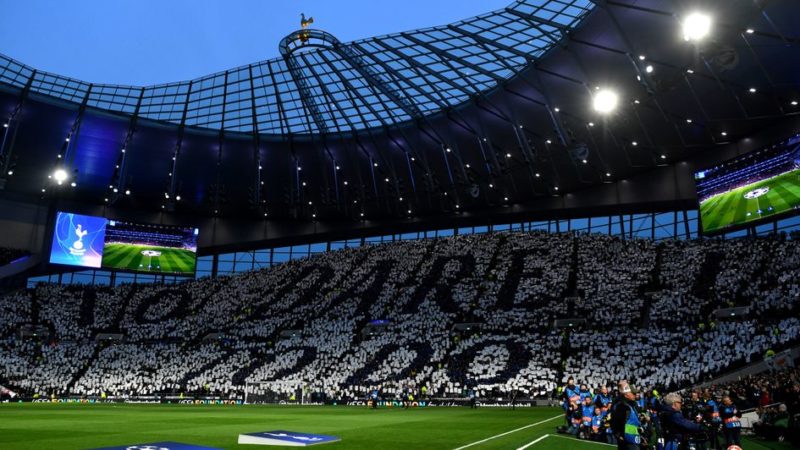 The Premier League. Everyone says it’s the world’s most-watched sporting competition. And given that 12 million spectators have passed through Premier League turnstiles this season, we’d feel confident in saying that in this case, everyone is right. But while football fans the world over can agree that the Premier League is one of the most exciting contests on the planet, there’s something else we’re left wondering…

To find out, we’ve looked at what Premier League supporters value – history, novelty, atmosphere, and of course on-the-field action.

So let’s take a look at the competitors, shall we?

English football’s not short on history. Everton and Wolves were formed in 1877 and 1878 respectively, and even relative youngsters Huddersfield have been playing since 1908. But a club’s history is about more than just when they were formed.

No, you need a ground that’s seen it all. League titles, European triumphs, legendary players and historic managers. Somewhere with a club culture. And just glancing at the hospitality suites at Anfield is like working down a checklist of history.

Grand old club? The 1892 Lounge says yes. Success and legendary players? Well the players represented by the Sevens and Eights Lounge include European Cup and Champions’ League winners like Dalglish and Gerrard. And as for culture? Well, the Boot Room Restaurant pays homage to Liverpool’s famous hideaway where Shankly, Paisley and their coaches would plot world domination.

OK, OK. There’s more to football than history, despite what Liverpool fans would have you believe. There’s also the now. Back when Anfield, Old Trafford and St James’ Park were built, corporate hospitality meant having tin roof over the wooden bench where you sat.

So when it comes to the cutting edge of hospitality, we can’t look past a stadium that only opened its doors in April of 2019. The Tottenham Hotspur Stadium.

Silver service dining, premium private lounges, and dedicated corporate seating right on the half-way line. Spurs’ new home has been built from the ground up to offer the most cutting-edge hospitality in the league, and that’s definitely going to make Tottenham’s North London rivals jealous.

Winner: Tottenham Hotspur Stadium
Runners Up: The Emirates, The Etihad

Sure, we all like to see trophies, and none of us would turn our noses up at a complimentary glass of bubbly before the game. But seeing a live football match is really all about the atmosphere.

Packed stands filled with thousands of singing fans cheering their team on to victory. It’s enough to have the hairs on the back of your neck standing on end. So when it comes to the Premier League’s best hospitality days, if you want a lounge overlooking a real cauldron of atmosphere, there’s only one choice.

The Manchester Suite at Old Trafford. A VIP lounge perched at the corner of the famed Stretford End is the best place to be if you want to hear 75,000 fans roaring on Ollie’s boys.

And if you really want to experience the best atmosphere Old Trafford has to offer, you’ll need to secure your seats for a Manchester Derby or a United vs Liverpool game!

History? Pfft. That’s for teams living in the past. Cutting-edge hospitality? That’s a nice distraction. And atmosphere? You can sing in the shower on your own at home. If you’re going to enjoy corporate hospitality at a Premier League match, there’s really only one thing to consider.

Football’s all about numbers. Score more goals, and you’re the better football team. Which means there’s one clear winner.  The team who scored 83 goals in their first 32 games. Manchester City.

If you’re all about the action, The Etihad’s amazing suites let you watch a team that scores an average of 2.6 goals per game. Anfield only supplies 2.3, and The Emirates 2.0.

(And steer clear of the John Smith’s Stadium. Huddersfield score less than a goal a game)

Winner: The Etihad
Runners Up: Anfield, The Emirates
There’s no real way to determine the Premier League’s best hospitality day. It all depends on what you’re looking for. But whether you’re all about cutting edge facilities, an electrifying atmosphere, or just goals galore, you’re not short of options. Just decide what’s important to you, and take your pick.