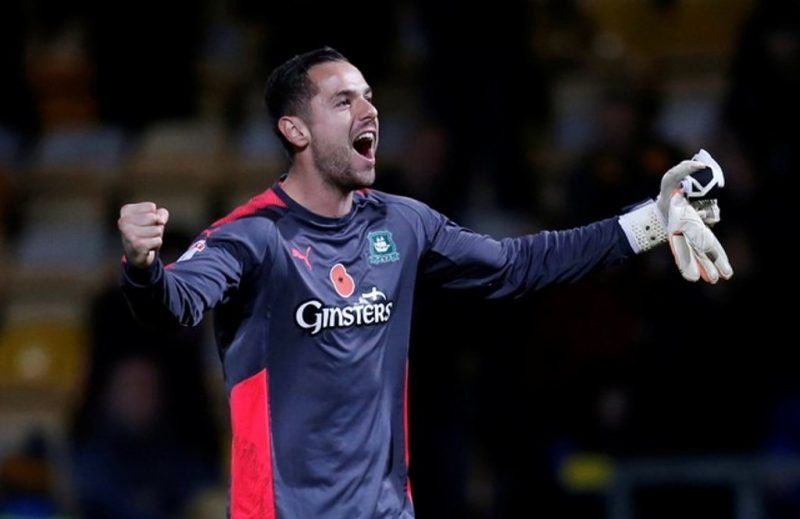 Plymouth’s stand-in stopper Remi Matthews shifted the praise from himself and onto his team mates after Saturday’s heroic 1-0 win over high-flying Bradford.

With ten minutes remaining at Valley Parade, Matthews saved a Tony McMahon penalty to ensure the Pilgrims travelled back down to Devon with all three points, meanwhile keeping his third clean sheet in four games.

While Matthews conceded that the penalty save did play a vital role in the result, he insisted that he was simply doing his job.

“It’s not about me, it’s about the team,” Matthews told Plymouth Argyle’s website. “Of course, I made the penalty save, but that’s what I’m here to do. I’ve been brought in to make saves and hopefully help the team to win games.

“At the minute, that is what we have been doing, and all I can ask is for the team to keep doing what they are doing,” he said.

The goalkeeper, who is on a week-to-week emergency loan from Norwich, heaped more praise on his temporary team mates and said that until recently, their performances hadn’t been picking up the points they deserved.

“The team has been excellent even before I got here. The problem has been that we haven’t been picking up results and luckily, at the minute, we are. You can see, from the last four or five games, we have been good,” said Matthews.

And while the stopper knows he won’t be at Home Park forever, he is thankful for the opportunity and the welcome he has received from everyone at the club.

“When I first came in, I thought it was going to be one or two games; thankfully, for me, it’s been longer.