Aden Flint glad to still be at Bristol City 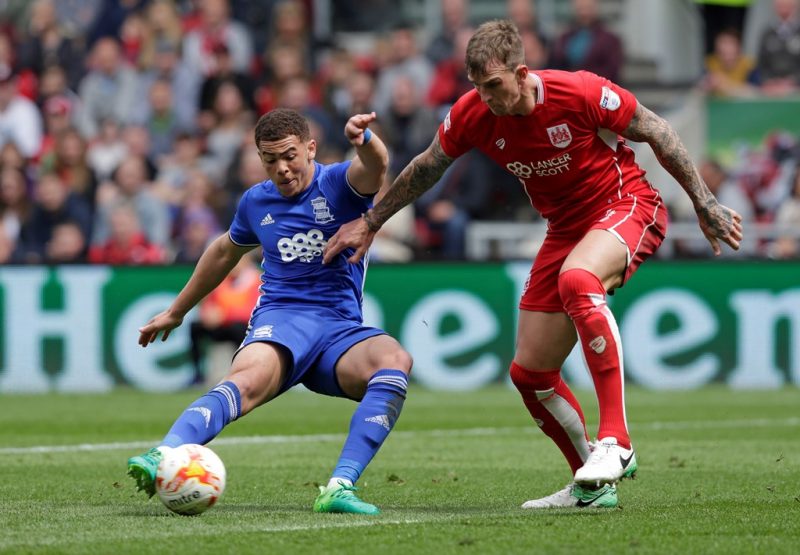 Defender Aden Flint says he is enjoying being at Bristol City again after a summer of uncertainty that nearly resulted in him departing for St Andrews.

Birmingham reportedly came in twice for the 28-year-old and Flint was forced to work his way back into the team after being dropped by Robins boss, Lee Johnson.

Flint is now a mainstay in the City starting XI and has scored four goals in 12 Championship games this season, including the winner in the cross-bridge derby against Cardiff.

The defender told BBC Radio Bristol: “It was a stressful time, not knowing what was going off.

“I’ve just been working hard and enjoying my football – I’ve made my way back into the team and hopefully I can keep that.

“Now it’s just down to me to keep my own individual place and help the team to keep up the great performances as well.”

If Flint had departed for The Blues, he would have been in a team that are 18 points and 18 places behind his current employers and have already changed manager with former Robins boss, Steve Cotterill replacing Harry Redknapp.

Flint is thankful that he remained a City player as his current side are five points off top spot and will welcome Manchester United to Ashton Gate next month in the quarter-finals of the EFL Cup.

“I’ve got two years left [on my contract] after this season, so for the time being I’m a Bristol City player and that’s all I am focused on,” added Flint.

“Anything can happen in football, but I’m enjoying it again. We’re on some good form so hopefully we can finish as high as we can in the table and achieve our dream of getting to the Premier League.”