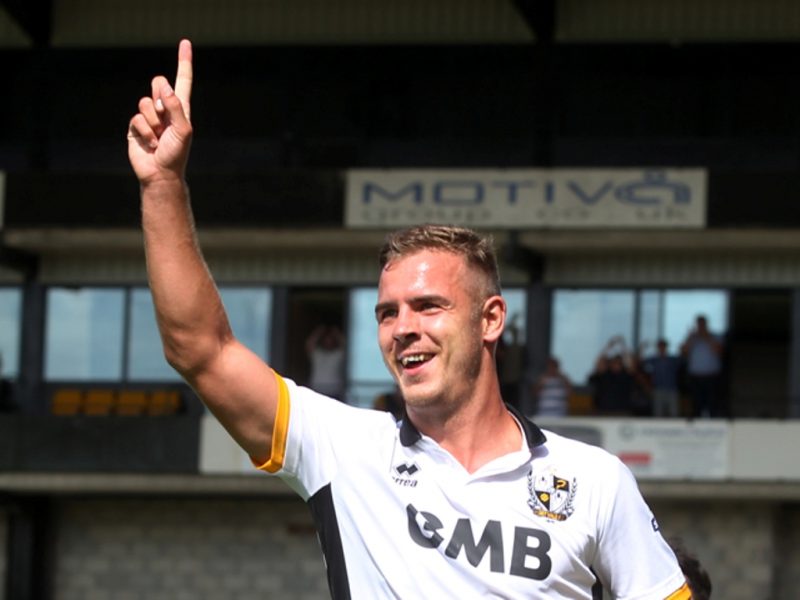 Port Vale striker Tom Pope is delighted with the form he is displaying under new manager Neil Aspin, but feels the team deserves most of the credit.

Pope has netted five goals in his last three games for the Valiants, which has seen the League Two strugglers pick up back-to-back wins over Cheltenham and Morecambe.

The 31-year-old is certainly benefiting from Aspin’s appointment as Michael Brown’s replacement, and he feels that the team as a whole is making life easier for him.

“We have said for a couple of weeks that it’s been coming. We’ve been having a bad 15-20 minutes in games where we have been conceding goals, but we’ve been creating chances over the last four-five weeks,” he said.

“More importantly it’s six goals in three days, that’s the main thing. Now we are on a roll and we hope to continue that.”

Pope also spoke about his recent partnership with Ben Whitfield up front, with the striker believing the winger provides a perfect foil for him.

“Ben’s non-stop. His energy levels are through the roof and as a target man, when you see balls coming up to you and you see him running beyond you it makes my life so much easier.

“If I flick it on he’s there. At the beginning of the season we probably had the reigns on the midfield a little bit too deep and nobody beyond me.

“It’s difficult trying to win headers when you know that nobody is behind you!

“He’s [Aspin] told them how hard they need to work to get back into shape which is something he’s gone into massive detail with.

“Everybody’s around me and lots more players running off me as I have two or three options now whereas before I felt like I didn’t have many.”

The Valiants will attempt to make it three wins from three when they make the daunting trip to face Exeter at St James Park this weekend.