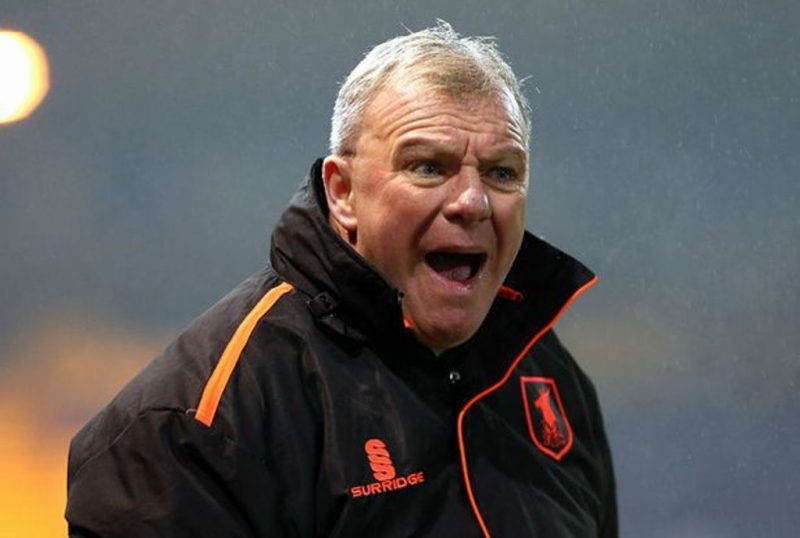 Mansfield Town have announced that they have rejected an approach from managerless Gillingham to speak to Stags boss Steve Evans.

The League One side have been searching for a new man in charge since parting company with Ady Pennock on 25 September.

And it appears that their search has taken them to Field Mill, where the 54-year-old has been in charge since replacing Adam Murray in November 2016.

A statement from Mansfield’s official Twitter account read: “The club can confirm that it has rejected an approach from Gillingham for the services of manager Steve Evans.”

The controversial Scot is a 22 year managerial veteran, having begun his coaching career with Stamford in 1994. He then had two spells with Boston United before earning his big break with Crawley Town in 2007.

He enjoyed a successful five year spell at Broadfield Stadium, culminating in their promotion to League Two in 2012. This fruitful spell would take him to Rotherham United and then Leeds before taking over at Mansfield.

The Stags have enjoyed a decent start to the season, currently sitting in eighth in the League Two table after Saturday’s tremendous 3-1 victory over table-toppers Notts County.

Evans’ experience at Championship level would obviously be desirable for a club like Gillingham, and his boisterous personality would be sure to lift them out of their current malaise. It remains to be seen, however, whether Gills continue their pursuit of him.