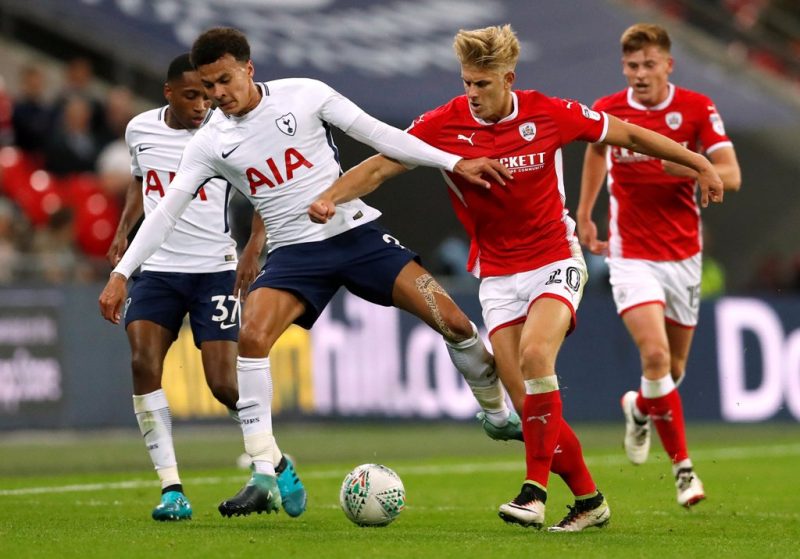 Barnsley manager Paul Heckingbottom has hit back at critics of under-fire midfielder Brad Potts, who was jeered by fans during Tuesday’s draw with QPR.

The former Blackpool man was the subject of boos from sections of the crowd at Oakwell, with his 80th minute substitution met by sarcastic applause.

And Heckingbottom has come to the defence of the 23-year-old, revealing to the Yorkshire Post that he played injured: “Brad Potts still has a heavily swollen ankle, which he did great to play with.

“That’s why I am disappointed with the reaction of the fans when he came off. We can’t be having that here, we have a team of players who work their socks off for the team.

“Everyone has got to understand the lad’s not missed minutes, not missed training. His ankle has swollen up like a balloon, but wants to train, wants to play.

“He got a dead leg early in the game, and ran himself into the ground. Going into the last ten minutes of his game he had gone, so we had to bring him off for than reason.”

With the Tykes failing to hold onto the lead given them by Harvey Barnes’ first-half strike, Luke Freeman snatching a late equaliser for Rangers, Heckingbottom has urged fans to keep the faith.

“The majority of our fans understand how hard we have worked to get to a certain position, then jumping backwards and having to start again.

“No one is as frustrated as me about that.”

2 thoughts on “Barnsley’s Heckingbottom fires back at Potts critics”