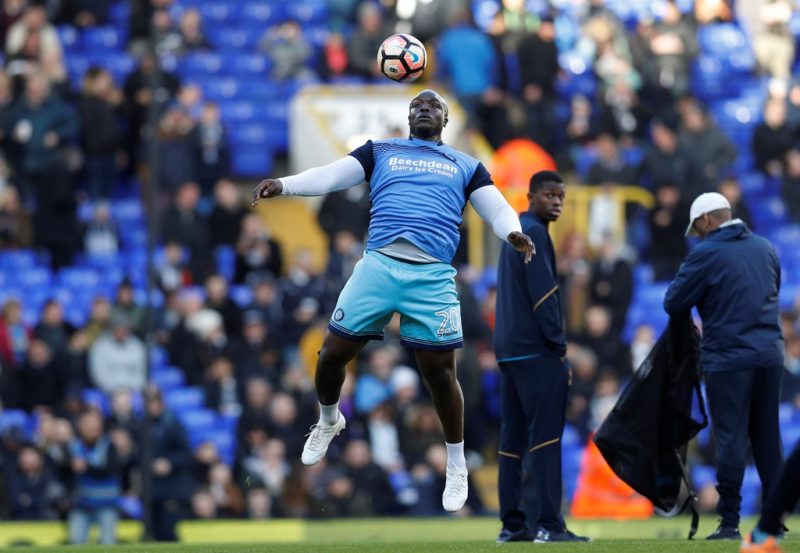 Having secured promotion as he walked out the door with AFC Wimbledon, veteran striker Adebayo Akinfenwa is targeting similar glory with Wycombe Wanderers this season.

‘The Beast’ has already made progress towards that goal this campaign, registering four goals in five games so far for the Chairboys.

And Akinfenwa reflected on his first season with Gareth Ainsworth’s side on Sky Sports’ EFL Matters: “I left Wimbledon when I wasn’t playing as much as I want, but did it in the best way possible by getting promotion,” he said.

“But I’m enjoying it immensely. It’s a great club, we’ve got a great manager and coaching staff and really good fans.

“As you become a senior pro you need to take it on. [To use] the experiences and lessons you’ve learned to help bring on the younger players and when they’re doing it, it can’t help but bring a smile to your face.

“I’d say I’m a big character in the dressing room and I feel like it’s a responsibility I need to take on.”

Having finished just a point behind Blackpool in seventh and therefore missing out on the play-offs by a hair last season, Akinfenwa is determined to ensure that doesn’t happen again: “I always believe in progression and we’ll be in the play-offs if we get better than last season.

“We need a bit of luck because we have a small squad and we need to stay injury free, but on our day we can match anybody.”