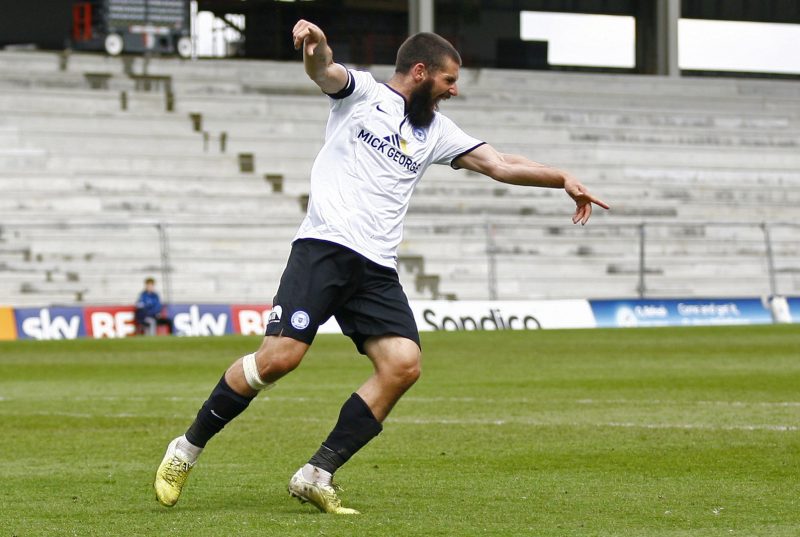 Ahead of Mansfield Town’s visit to Lincoln City this weekend, Stags boss Steve Evans has stated that the Imps paid almost £300,000 for midfielder Michael Bostwick – a claim denied by Danny Cowley.

Highly rated midfielder Bostwick moved to Sincil Bank from League One high flyers Peterborough United this summer, dropping down a division despite interest from Blackburn Rovers.

Speaking to Mansfield Chad, Evans said: “Lincoln have recruited very well. They spent almost £300,000 on Michael Bostwick from Peterborough. That was a signing that caused everyone in League Two to raise an eyebrow.

“You don’t just pay that type of money for Michael, you don’t give him £2.50 a week in wages either – so that was a big signing.

“But they have spent money really wisely and I am impressed with them.

Lincoln manager Cowley unsurprisingly had a rather different point of view on the matter, although he clearly took Evans’ claims light-heartedly.

He said: “To me he is worth double that, but the reality is that we didn’t pay a quarter of that figure.

“I’m pleased Steve rates him – that will mean a lot to Michael.”

Bostwick has been a key figure in Lincoln’s strong start to life back in the Football League, forming a solid central midfield partnership with Alex Woodyard.

After seven games the Imps are fifth while Mansfield lie two points behind in 11th. Both teams will be looking to make headway even further up the table with a positive result on Saturday.