Redknapp has ‘no doubts’ Birmingham will ‘be fine’ despite stuttering start 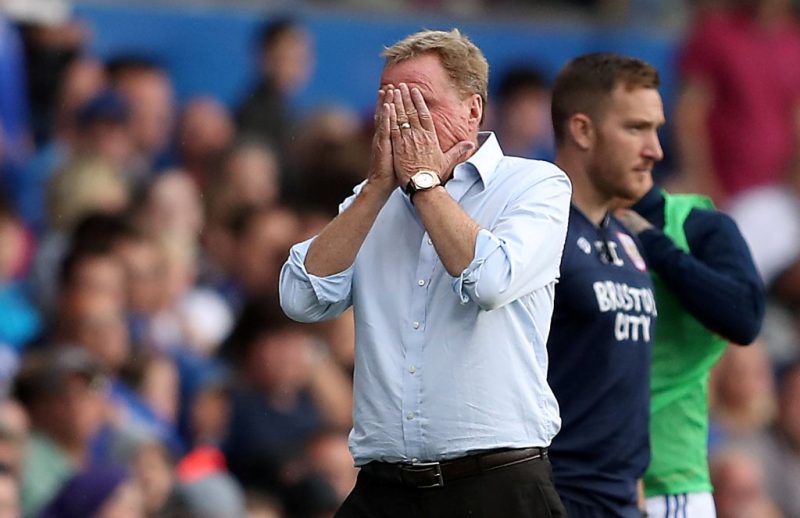 Just one win and five defeats have been the sum of Harry Redknapp’s summer transfer splurge at Birmingham – but the Blues boss is confident things will turn around soon.

The club suffered its fourth consecutive league loss against leaders Leeds at Elland Road on Tuesday night – although the performance was much improved from listless efforts against Reading and Burton Albion recently.

That defeat has seen Redknapp’s side drop into the relegation zone, third from bottom in fact, and has fans wondering when the promised turnaround after 13 summer signings will happen.

The 70-year-old is undeterred, though: “You know when things just don’t go your way in football?” he told TalkSPORT.

“We’ve changed the team big time to what we had at the end of last season. We bought a lot of new players in who all arrived in the final week of the season, so it’s a new team.

“We played great the other night at Leeds, we were excellent. We dominated Leeds, who are an outstanding team – I thought we were the better side.

“It was 1-0 in the last ten minutes, you’ve got six people up the park trying to get the equaliser and suddenly you get hit on the counter-attack and they score.

“People who didn’t watch the game probably think, ‘oh 2-0, they were well beat’, but we played fantastic. We’ll be alright. We’ll be fine, I’ve got no doubts about that.”

Redknapp will hope his squad of new recruits, including the likes of Jota, Harlee Dean, David Stockdale and Jason Lowe, will be able to gel sooner rather than later.

Birmingham will attempt to get back on track when they host high flying Preston North End at St Andrew’s, the visitors having risen to fifth under new boss Alex Neil.