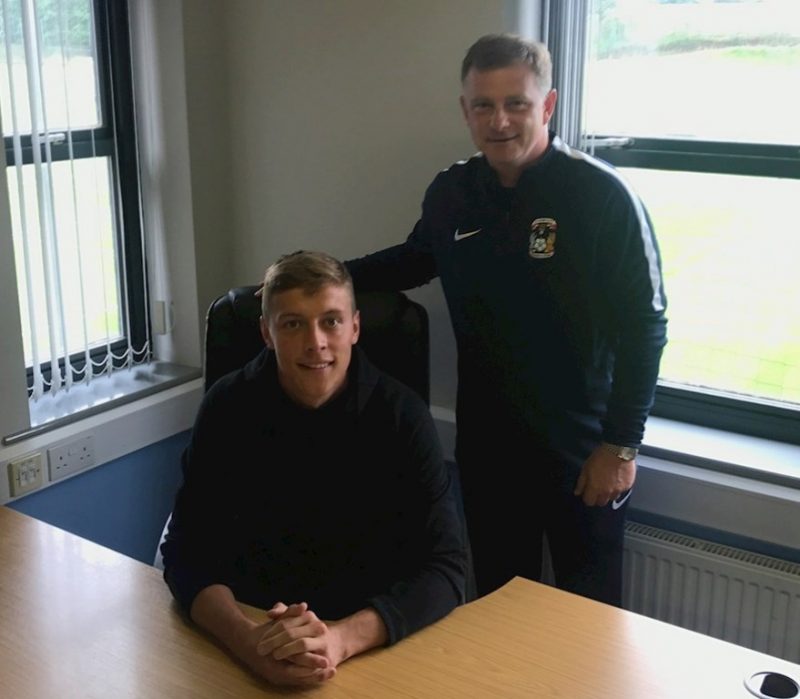 Coventry City have today confirmed the signing of defender Tom Davies from League One Portsmouth, the player dropping down a division to join the Sky Blues.

The 25-year-old is Coventry’s 13th signing of a busy summer window, and he has signed a two-year contract at the Ricoh Arena.

Warrington-born Davies came through the youth set-up at Manchester United, but started his career proper with FC United of Manchester. He moved on to Fleetwood in 2014, before enjoying a number of loan spells.

He signed with Accrington Stanley in the sumer of 2015, and moved on to Portsmouth a year later after an impressive season with Stanley.

Coventry boss Mark Robins had this to say about the move: “I am very pleased to complete this transfer and to be able to add another quality signing during a busy transfer window, and I’m grateful for the additional support from the club to do this.

“Tom is an aggressive and strong centre-half, both of which are key attributes in this league, and we look forward to welcoming him to the squad.”

Davies is the latest in a frantic summer of transfers for the Sky Blues, joining the likes of new recruits Jack Grimmer, Michael Doyle, Liam Kelly and Tony Andreu.