Championship pre-season round up: Villa new boys hit their stride in Germany 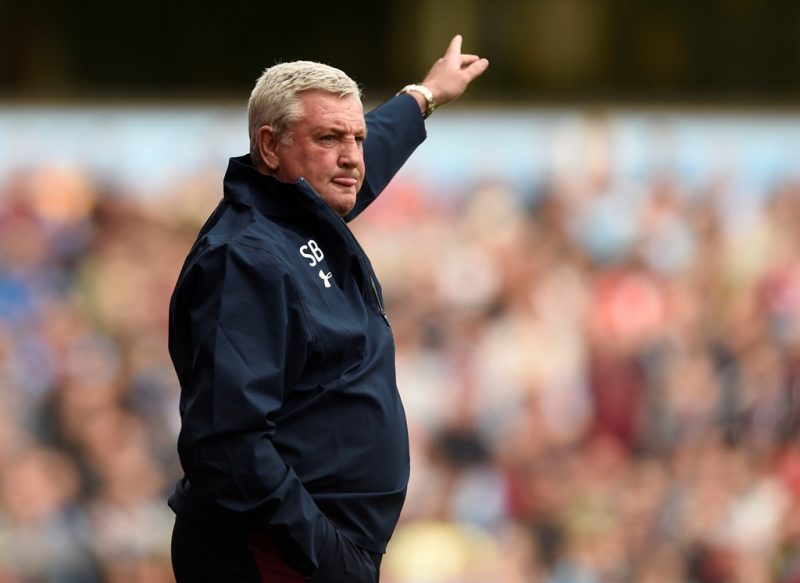 As the new season edges ever closer and with pre-season fixtures coming thick and fast, Championship clubs ramped up the intensity at the weekend, hoping to bed in new signings and implement new tactics before the big kick-off in a few weeks’ time.

After bringing in a host of experienced names during the transfer window, Aston Villa manager Steve Bruce was pleased to see his side hoist aloft the Cup of Traditions on Sunday afternoon, with the ex-Hull boss hoping it is not the only piece of silverware the Villans will be collecting this season.

New signings John Terry, Glenn Whelan and Ahmed Elmohamady all featured in the first game on Sunday, as Villa saw off hosts MSV Duisburg by three goals to nil to advance to the tournament final.

A brace from Scott Hogan and a goal for Andre Green secured the win over the Bundesliga 3 title winners.

Another new face, in the shape of ex-Blackburn defender Chris Samba, scored in the final, as the Birmingham side saw off Hertha Berlin, an impressive scalp considering the German side will be playing in the Europa League this season.

Villa have two more games before starting the season against Hull on Saturday 5 August.

Meanwhile, Hull saw off defending Portuguese champions Benfica to silence their critics and show they have the mettle to bounce straight back up to the Premier League. Despite losing a number of stars, most recently full-back Andrew Robertson to Liverpool, and with yet more players set to leave, a solitary goal from Jarrod Bowen was enough for the Tigers to emerge as victors at the Estadio Algarve.

Reading‘s striking crisis already seems to have been affecting their goalscoring ability, with only a single goal to show after two pre-season friendlies at the weekend, as their tour of the Netherlands came to an end.

Young gun Danny Loader, who impressed with four goals against QPR earlier in pre-season, wasn’t able to get on the scoresheet this time around as the Royals drew 0-0 with Sparta Rotterdam.

Full-back Jordan Obita scored a stunning free kick to rescue a draw in the second game against Belgian side Cercle Brugge, as Reading finalise preparations before facing QPR on the first day of the new season.

QPR‘s friendly with Union Berlin on Saturday was postponed due to a waterlogged pitch, with the players taking the opportunity to slide in the rain in front of the fans to give them some entertainment despite the disappointment.

Union Berlin v @QPRFC friendly called off due to a waterlogged pitch. Only one thing for it… pic.twitter.com/S9yd0iusae

Fellow promotion hopefuls Fulham were also in Germany, as they played out an entertaining 2-2 draw with second division side Darmstadt.

A comical long range own goal from Darmstadt captain Aytac Sulu put the Whites in front, before the German side hit back and went into the lead, but Ryan Fredericks equalised for Fulham to leave the final score at 2-2.

Championship new boys Bolton suffered their first defeat of the campaign, as they went down 2-0 to local rivals Fleetwood in a derby game at Highbury. Having beaten their opponents at Highbury in League One last season, the Wanderers were disappointed to concede goals from Jordy Hiwula and Conor McAleny without reply.

Austria is a popular destination for pre-season tours, with Leeds one of many sides to take advantage of the scenic Alpine views and warm climate. However, their preparations were to no avail, as they lost 4-2 to SD Eibar in Jenbach on Saturday.

New manager Thomas Christiansen will have been pleased to see his side retain some respectability after being 3-0 down at half time, with new boy Vurnon Anita particularly impressing, whilst Ezgjan Alioski and Chris Wood got on the scoresheet for United.

Just across the border in Germany, Norwich City wrapped up a 3-1 win over Arminia Bielefeld, as new boss Daniel Farke looks to implement his gegenpressing philosophy on his new charges. Wholesale changes at Carrow Road during the offseason didn’t seem to affect their performance as Steven Naismith, Cameron Jerome and Nelson Oliveira all netted for the Canaries.

Tom Barkhuizen slotted his fourth goal in pre-season in Preston‘s 1-1 draw with Championship champions Newcastle, as loanee Josh Harrop made his first appearance at Deepdale after signing on loan from Manchester United. League One Shrewsbury claimed the scalp of Wolves, as they sealed a 2-0 win to gain momentum before the League One season starts in two weeks’ time.

Barnsley prefer home comforts to spending pre-season abroad, as they succumbed to a last-minute winner in a Yorkshire derby against newly-promoted Huddersfield.

Despite the close scoreline, they had goalkeeper Adam Davies to thank for keeping them in the game with a man-of-the-match performance.

Another Yorkshire derby took place on Saturday, as League One champions Sheffield United defeated Rotherham 2-1 at the New York Stadium, with Enda Stevens grabbing the winning goal for the Blades.

Cross-city rivals Wednesday ended their tour of Portugal with a 0-0 draw against local side Vitoria FC.

Championship new boys Sunderland endured a tough test at Valley Parade, as they just saw off League One side Bradford, eventually running out 3-2 winners. Jeremain Lens continued his scintillating pre-season form with a third in three games, scoring another superb solo effort, with Billy Jones and Josh Maja also notching for the Black Cats.

???? Watch all the action from #SAFC's 3-2 win over @officialbantams, as @jeremainlens stole the show…

Championship pre-season results from the weekend in full: