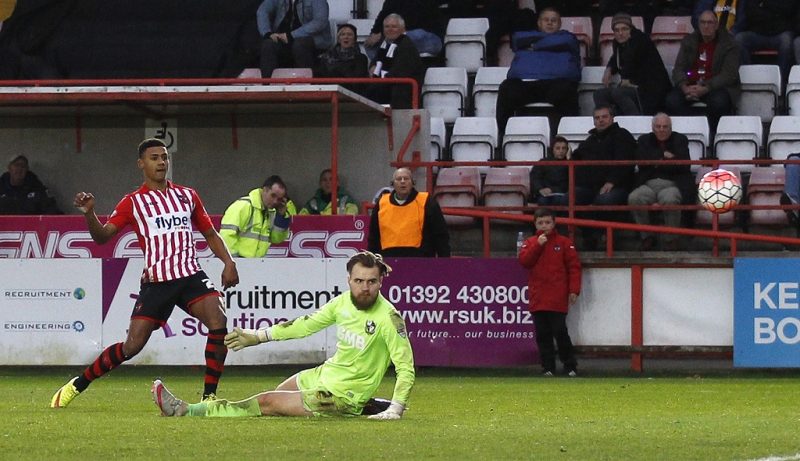 Championship side Brentford are interested in signing Exeter City starlet Ollie Watkins, according to reports, but are assessing their options before making a transfer offer.

Despite losing to Blackpool in the showpiece event at Wembley, the form showed by Watkins during the campaign was one of many positives for the Devon side, and a host of clubs are keen to give him a chance further up the footballing pyramid.

According to reports, the Bees, who were interested in Watkins during the past two transfer windows, are leading the likes of Aston Villa, Norwich City and Leeds in the chase for the £4m rated striker, who has also been on Derby’s radar in the past.

However, while Brentford have funds thanks to the bumper sale of Scott Hogan in January, the west London club were said to have baulked at that valuation during the January window and are assessing a number of strikers before making a concrete offer.

French under-21 international Neal Maupay is one of many front-men linked with a move to Griffin Park, and Dean Smith said “progress has been slow” in his search for a striker.

“There are three or four different ones we’re moving on. We haven’t quite got there but hopefully it’ll get over the line soon.” said the former Walsall boss.

“What I want for the team is a team player. Someone who can work hard up there. We create chances as our supporters know.

“Someone who works hard and get into goalscoring positions will take those chances. We talk about that ethos and the togetherness.

“That’s going to lead the line for you but also the first line of defence for us. They also can keep the defence on their toes with problems in behind.”