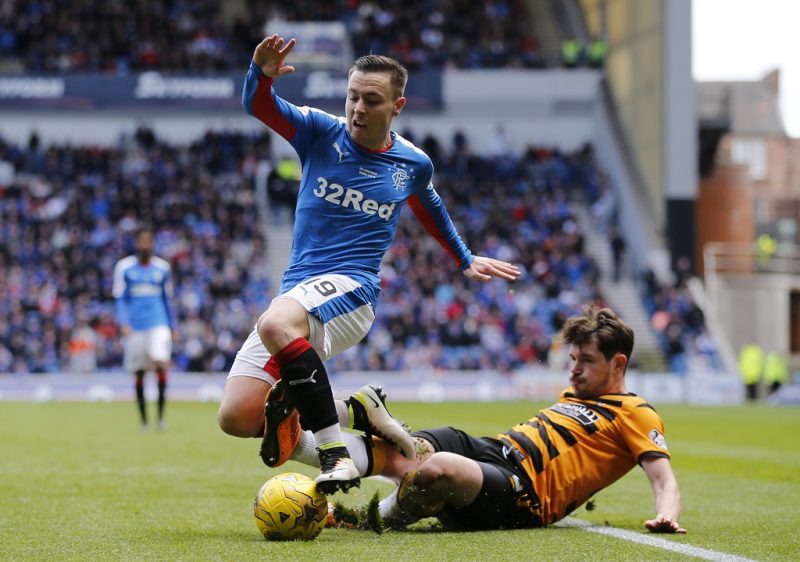 Nottingham Forest have completed the signing of Rangers winger Barrie McKay for a fee believed to be in the region of £500,000.

McKay, who starred in Scotland under Forest boss Mark Warburton, has agreed a four-year deal to become the Championship club’s second signing of the summer after Hibs striker Jason Cummings.

The 22-year-old livewire has one full-cap for Scotland, and scored five goals in 35 Scottish Premier League games last season as Rangers finished third, behind Aberdeen and arch-rivals Celtic.

McKay, who was linked with a £6m move to German Bundesliga side RB Leipzig in January, had one year remaining on his contract at Ibrox, but was left out of the team that embarrassingly lost to Luxembourg side Progres Niederkorn in the Europa League last night.

The winger joined Rangers in 2011, and, after loan spells at Morton and Raith Rovers, featured regularly under Warburton as the Scottish giants climbed the divisions.

He earned his only Scotland cap to date at the end of the 2015-16 season, when he came on as a substitute against France, and was named in the Scottish Championship Team of the Year in the same campaign.

In total, he made 126 appearances for the Gers, scoring 13 goals.