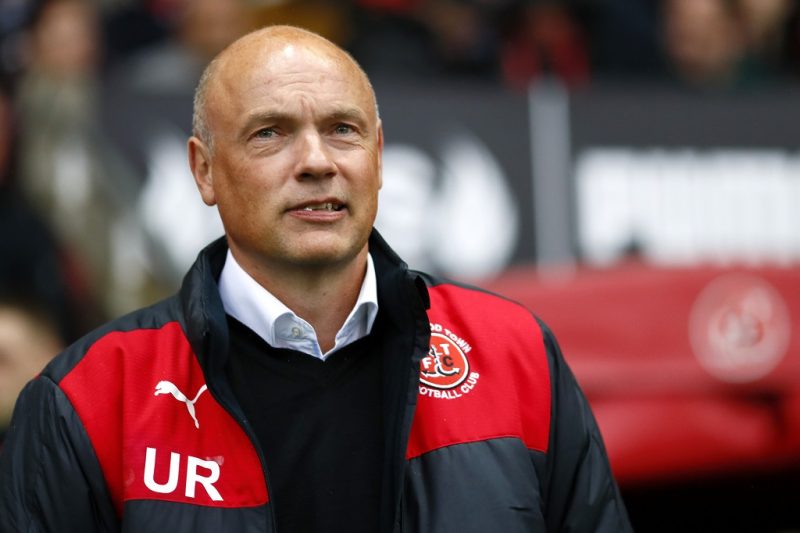 Fleetwood Town head coach Uwe Rosler has agreed a new deal at the club that will keep him in Lancashire until 2020.

Last season, the 48-year-old German masterminded the Cod Army’s greatest ever campaign as they finished fourth in League One, before suffering a heartbreaking loss to Bradford in the play-offs.

The club’s stunning rise to the brink of the Championship impressed many onlookers, and Rosler was the subject of intense interest from his former employer’s Wigan, and Norwich City, but he is excited to have committed his future to Fleetwood.

Speaking to the club’s official website, Rosler said: “Fleetwood Town is a unique club doing things differently to a lot of other clubs.

“What excites me about this club is that we have a clear DNA, we make it clear what we stand for and what we are going for in players.

“I think this clarity impresses me and for me we will have to build a new team after losing some very important players – that excites me.

“I look forward to working with the players, the leaders of the club and all the staff members. I enjoy myself here and the most important thing is when at work to enjoy yourself.”

Fleetwood’s squad returned to training yesterday, as their pre-season programme gets underway, and Rosler is hoping the players and fans alike are ready to kick-on and improve on their record-breaking season.

“I think we did really well but this season we must start again on zero and work again on the margins,” added the boss.

“The players have reported back in a very good spirit with a good mentality and we are here to entertain our supporters again.

“We want to fill the stadium more next season and for that we need our wonderful supporters. I hope they will be with us again next season!”