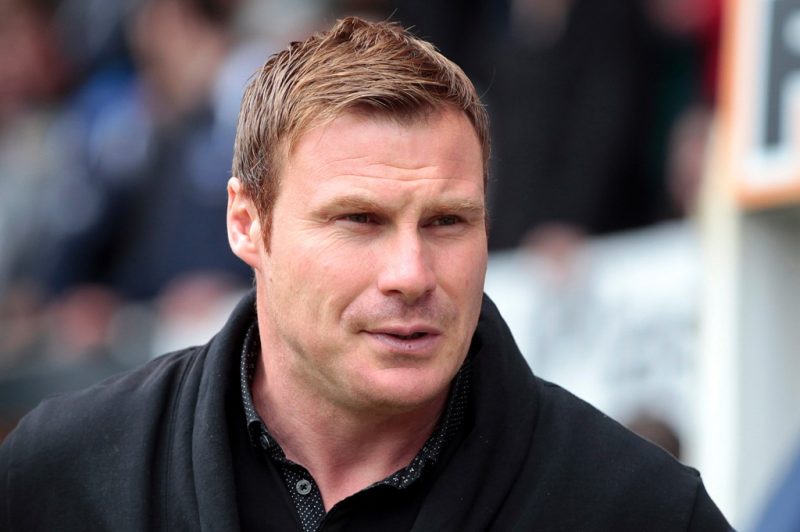 The 43-year-old succeeds Luke Williams, who was sacked at the beginning of May, after the Robins were relegated from League One following a penultimate day defeat to Scunthorpe United.

Flitcroft has had first-team managerial experience at Barnsley, but was most recently in charge at Bury, who he parted company with in November following a horrendous run of 11 consecutive games without a win.

Swindon haven’t revealed the length of contract given to their new manager, but said in a statement on the club’s website: “Swindon Town are delighted to announce David Flitcroft as our new manager.

“The club has taken its time over this appointment as it was vital after relegation that we got the right man to take the club forward and give us the best chance of promotion back to League One at the first time of asking.

“We are convinced David is this man.

“David has a fantastic footballing background as a player, a coach and a manager and most importantly knows this level of football and how to get out of it, having guided Bury to promotion from the Sky Bet League Two during the 2014/15 campaign.

“David has been given a very competitive budget and will now begin the job of putting a squad together with the aim of competing at the top of League Two.”

Flitcroft’s appointment ends Swindon’s long-lasting hunt for a new boss which included a failed attempt to lure Steve Evans to the club from Mansfield, and saw Steve Cotterill distance himself from the vacant managerial position.

Despite the sour end to his time at Bury, Flitcroft did enjoy success at Gigg Lane as he guided the Shakers to League Two promotion in the 2014-15 season, and with a reportedly large transfer kitty in Wiltshire, he’ll hope to replicate that with the Robins.