Posted on May 26, 2017 by Matthew Bishop in Featured, Latest News, Skybet Championship | 0 Comments 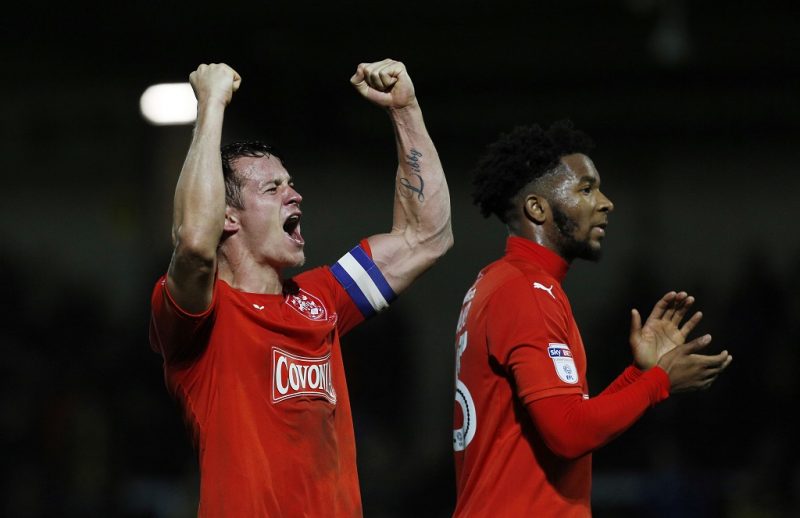 Ahead of Monday’s Championship Play-Off final, Huddersfield midfielder Jonathan Hogg is thankful to even have the chance to walk out on the hallowed Wembley pitch.

Hogg, 28, suffered a horrific looking neck injury during the 4-0 defeat to Bristol City in March, and after 12 minutes of treatment, was stretchered off with a suspected broken neck.

The collision with teammate Mark Hudson looked likely to curtail Hogg’s season, and given how influential he is to David Wagner’s side, maybe Huddersfield’s season too, but amazingly he returned to action just 19 days later.

It was an amazing recovery from the former Watford man, and speaking to Radio Leeds, he said: “I thought the season was over.

“I feel so lucky to be able to help the lads out and hopefully be a Premier League player next year.

“When the specialist said I had a fracture in my spine, my heart skipped a beat. It was certainly a scary experience and something I don’t wish upon anyone.

“But to be back and to help the lads get where we are today and be part of it, I’m quite proud of myself to be honest.” 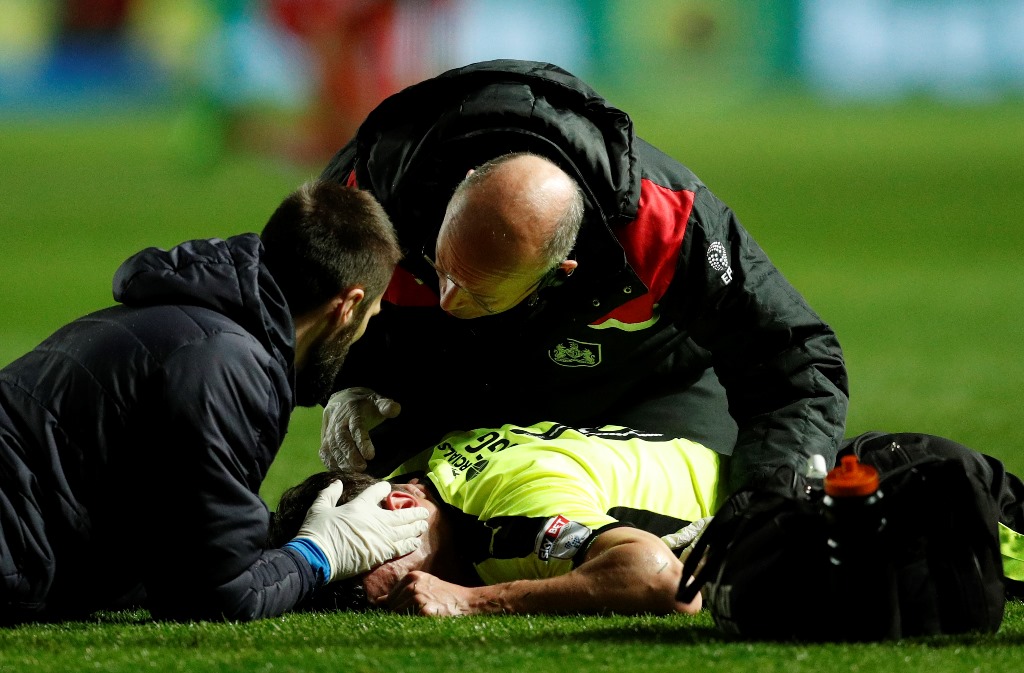 Hogg is determined to make the most of his chance under the famous arch on Monday, partly because he is so thankful to be fit, and partly because his previous Wembley experience still fills him with regret.

The combative central midfielder was part of the Hornets side in 2013 who reached the play-off final in dramatic fashion, before eventually losing to Crystal Palace on a sweltering day in the capital.

Hogg wants to banish those bitter memories, and is hoping he and his Huddersfield teammates have enough to guide the Terriers into the top-flight for the first time in 45 years.

“The second time you do anything, you find it a bit easier,” Hogg said.

“You get used to your surroundings, the dressing room and the pitch. I think it’ll stand me in good stead for the game coming.

“We’ve got some experienced lads, who have had finals and semi-finals in Germany.

“The occasion can certainly get the better of people but I’m hoping our lads stand strong and just play the match.”