Kevin Nugent’s ready to take step up at Barnet 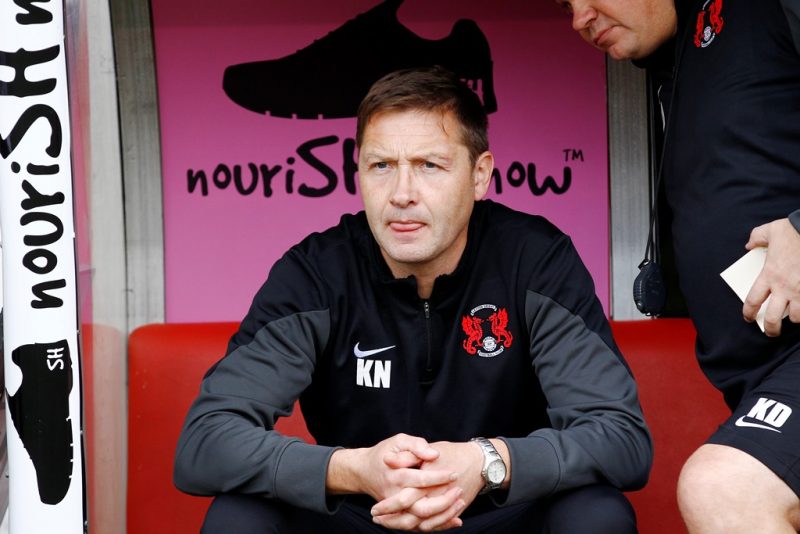 KEVIN Nugent reckons now is the perfect time to shed the ‘caretaker’ tag and become the main man – and leading Barnet to the League Two play-offs is his aim.

The 47-year-old has previously had three spells as caretaker manager at Leyton Orient, as well as temporary spells in charge of Swansea and Charlton, the latter earlier this season.

Barnet lost manager Martin Allen to National League big-spenders Eastleigh at the start of December, with Rossi Eames and Henry Newman holding the fort in the meantime.

But now Bees chairman Tony Kleanthous has given Nugent the chance to take the reins until the end of the season, with Eames assisting him. Often, new managers are appointed when clubs are in a relegation battle, but that’s not the case at the north London club.

Heading into last Saturday’s big game against Portsmouth at The Hive, Barnet were 11th in the table, just three points off the play-offs. It makes it an enticing opportunity for Nugent.

“I’ve been caretaker or interim manager numerous times, done reasonably well and enjoyed it,” said Nugent, a striker who served the likes of Leyton Orient, Plymouth, Bristol City, Cardiff and Swansea in his playing days.

“But I’ve never really wanted to go for managers’ jobs until I felt I was ready in myself. I’ve seen other managers maybe not quite ready to do it, but I’ve had that grounding.

“I’m really excited about the prospect of getting my teeth into the job. The good thing is that I’m not walking into a club bottom of the league.

“When you are three points outside the play-offs, that’s what you are aiming for. We’ve got 15 games left – let’s see what we can go and do if we all pull together as a club.”

Nugent took a watching brief as Barnet won 1-0 at Morecambe in midweek and has been pleasantly surprised by what he’s seen so far of his new charges.

“There are some good players here,” he said. “We’ve got some young, hungry players and that fits in with what I want. I’m not so young now, but I’m really hungry to do well. I’ve got a deal until the end of the season and let’s see what happens.

“Hopefully, everything will be good and we can achieve something. We’ve got a good mix of young lads and experienced pros, so let’s give it our best shot. That’s my challenge now – to give us a spark and kick on. Hopefully we

Nugent has worked with an array of managers over the years, including Kenny Jackett, Martin Ling, Geraint Williams, Nathan Jones and Russell Slade. He wants to use what he’s learned from them to help him guide the Bees into the promotion picture.

“I’ve worked with some very good managers and they all had different strengths,” he said. “Players come out and say they’ve learned things from different managers, but you learn a lot more as a coach. You notice everything and see how managers work in detail.”

Nugent joined Charlton last summer as assistant to Slade and had a temporary spell in charge when the manager was sacked in mid-November. In his three games at the helm, the Addicks beat Port Vale 2-0, thrashed Bristol Rovers 5-1 and drew 1-1 against Sheffield United.

But when Karl Robinson was appointed manager, he brought in his former MK Dons assistant Richie Barker as first-team coach.

“Karl’s a good bloke and I understood that he wanted to bring in Richie – they are very good as a partnership,” said Nugent. “There are no hard feelings there.”