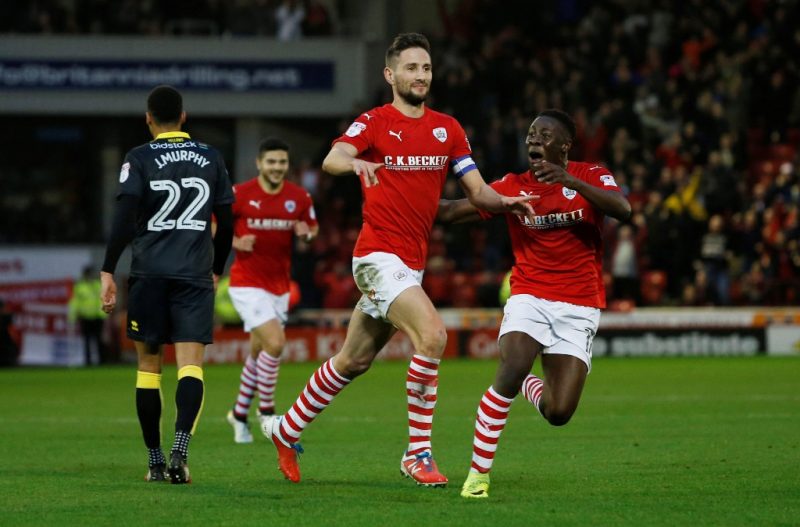 Aston Villa have completed the signing of Barnsley captain Conor Hourihane on a three-and-a-half-year deal.

After joining the Tykes from Plymouth in 2014, the 25-year-old went on to make 112 appearances in the centre of midfield for the Oakwell club, scoring an impressive 29 goals.

He is the latest Barnsley star to leave the club this January, after top-scorer Sam Winnall joined Sheffield Wednesday last week and young full-back James Bree, who was snapped up by Steve Bruce’s Villa yesterday.

In an emotional statement issued on Barnsley’s official website, Hourihane said: “I would like to say a heartfelt thank you to everyone connected to Barnsley Football Club; from the owner, to the Head Coach, the backroom staff, and of course to the supporters who have been amazing to me throughout my time at Oakwell.

“Having joined the Club as a young midfielder from the lower leagues, the Club has helped me to develop and progress immensely both as a footballer and as a person.

“I will always be grateful to everyone at the Club for what they have allowed me to achieve.

“In a footballers’ career, it’s not often that you get the chance to work with a Club that is willing to passionately dedicate so much time and effort to improving and developing players, so I feel very lucky to have enjoyed two-and-a-half years at this great Club.”

Hourihane played a massive part in a period of brilliant success at Barnsley, most notably last season when the club put together a run of form that saw them win the Johnstone’s Paint Trophy and the League One play-offs.

This season has begun in similar fashion to how the last campaign finished, with Barnsley currently just four points off the play-offs, and the memories made during Hourihane’s time at the club will clearly stick with the Irishman.

He added: “The memories that I will take from Barnsley will stay with me forever – lifting two trophies at Wembley to name just a few of the special moments that we have shared!

“It was fitting that in my last game for the Club I scored in a superb win over local rivals Leeds United. I certainly enjoyed that one and it feels like I am leaving on an incredible high.

“Being captain at the Club was the biggest honour that I’ve had in my career so far, and I will be eternally thankful to the Club for everything that it has done for me.

“Barnsley Football Club will always have a special place in my heart. Thank you again and I wish the Club all the very best for the future. You Reds!”