Home / Featured / Clough proud of his battling Burton side

Clough proud of his battling Burton side 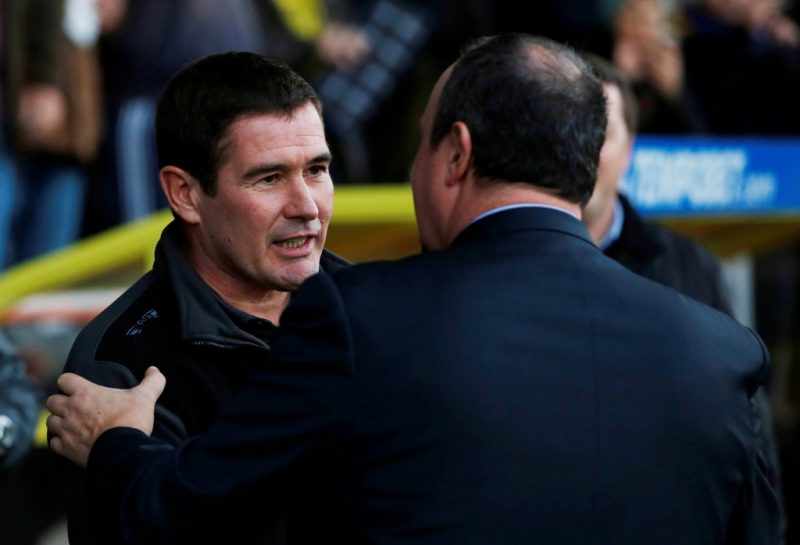 Nigel Clough has spoken about how immensely proud he is of his players, despite their narrow 2-1 defeat to Championship leaders Newcastle.

The 2-1 defeat to the Magpies was Burton’s third consecutive loss, after games against Huddersfield and Brentford also yielded no points, but Clough was delighted with the performance of his men against the table-toppers.

“We played well enough to get a point out of the game and it should have been three,” Clough told Radio Nottingham.

“I’m incredibly proud, one of the great things was the quality of our some of our play and the quality performance.”

As is the nature of this season’s Championship, the Brewers face another huge test on Boxing Day when they take on Aston Villa, and will be looking to put some more daylight between themselves and the bottom three.

With 22 points after 22 games, Clough’s side have adapted well to their first season as a second-tier side, but the manager thinks they deserve more points and is confident the results will start to come.

He said: “If we had sat here with six points after Huddersfield and Newcastle, I don’t think anyone would’ve felt that was an unfair reflection on the two performances.

“If we ever get a break in the second half of the season, we get a point or three.”