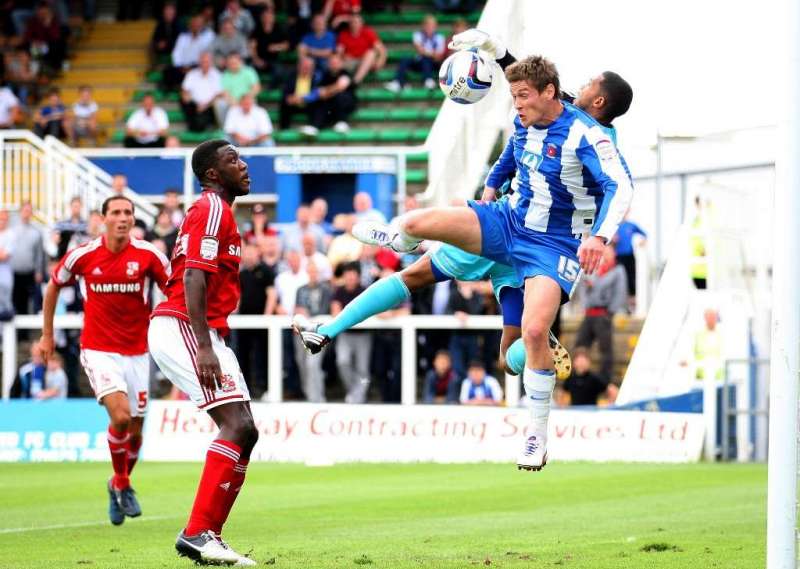 WHILE younger legs increasingly rule the world of football, the likes of Andrea Pirlo, John Terry and Michael Carrick are doing everything they can to extend their time at the top.

But for Hartlepool United legend Antony Sweeney, the lure of a move back to Pools was enough to make him hang up his boots at just 32 years old.

The midfielder had started the season at Gateshead having moved from Carlisle in the summer, but did not start a single one of the National League side’s games in August with manager Neil Aspin making 14 other summer signings.

So an offer to coach the youth side at the club where he rose through the ranks and made more than 400 appearances between 2001 and 2014 was really a no-brainer.

“Timing in football is everything, and when this job was offered to me I thought I might not get the opportunity again,” he said.

“I’m turning 33 next week so there’s not that much time left if I was to carry on playing anyway. It was about weighing up whether another year or two in football would be more beneficial than this.

“Full-time positions don’t come around that often, and I think this is the right decision for both myself and my family given this can be a long-term career.

“Going to Gateshead had absolutely not panned out as expected. It’s a long season and I have no doubts that eventually I would have played a lot more, but the timing of the offer really made my decision for me.

“I’m thrilled to be back. It’s in a hugely different role to when I was there last time as a player, but to come back means a lot to me, so I’m really happy.”

Sweeney, sixth on Hartlepool’s list of all-time appearance makers, was already working part-time as a coach at the academy, and boasts a UEFA B coaching badge with his A licence also on the way.

Having returned ‘home’ full-time, he will take charge of the club’s under-12 side through to under-16 level as the new youth lead phase coach.

Like players, managers in football seem to be getting younger and younger, with Jose Mourinho and Pep Guardiola having set the template for a host of young mavericks to burst onto the scene in Europe.

But while Sweeney certainly has time on his side, he insists he does not necessarily fancy himself as the next Diego Simeone, Mauricio Pochettino or Eddie Howe.

“Who knows?” he said. “At this moment in time I’m just concentrating on the youth side of things, and becoming an actual manager will have different challenges and require different techniques.

“Maybe after I’ve got my teeth into this, in a few years time I’ll start to get the itch to test myself, but that will be a good few years down the line.

“There’s still a lot of people at this club who I consider friends having been there so long, so it’s nice to come back and be a colleague of theirs once again.

“The fans were really good to me as well, so hopefully I can play a small part in shaping the future at Hartlepool.”