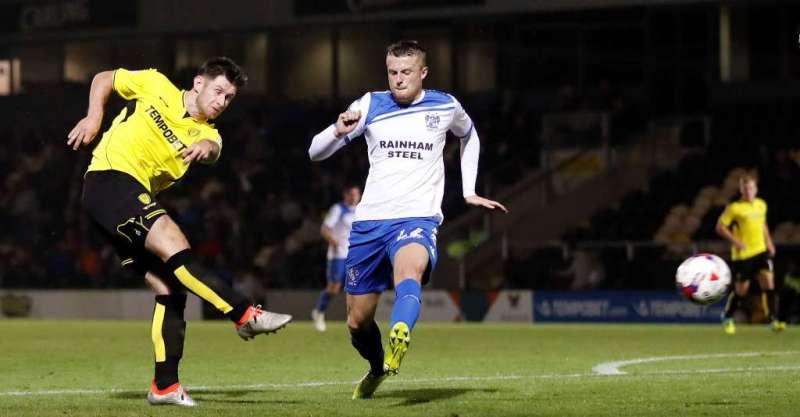 Midfielder Calum Butcher has dropped back down to League One to join promotion-chasers Millwall from Burton Albion.

The 25-year-old moves to The Den after penning a two-year deal with Neil Harris’ side to leave the League One runners-up last season.

Butcher told Millwall’s official website: “I’m very excited. This is a massive club; as soon as the opportunity arose it was something I couldn’t turn down.

“There is a strong squad here with some very good players so the competition for places is there, which is what you want.

“I know what it takes to get out of this league and hopefully that is something I bring to the squad.

No confirmation has been given as to whether the deal involved a fee, but it is likely with Butcher having one year remaining on his contract at the Pirelli Stadium.

Fee or no fee, Millwall boss Neil Harris was grateful to add the central midfielder to his ranks after surmising his squad were ‘little bit light in the middle of the park’ in the early stages of the season so far.

“Calum fits the bill for us,” Harris said. “He’s a 6’1″, modern day no-nonsense central midfield player who is good at 50-50s on the ground and in the air. He also breaks forward really well and scored five goals for Burton last year in a promotion-winning season so we are really pleased to get him on board.”

Butcher clocked 45 appearances for Burton in their promotion year after being brought to the Brewers by Jimmy Floyd Hasselbaink last summer from Scottish club Dundee United.

Brewers manager Nigel Clough has revealed he is targeting one player on a permanent deal and is hoping to make use of two options available in the loan market.